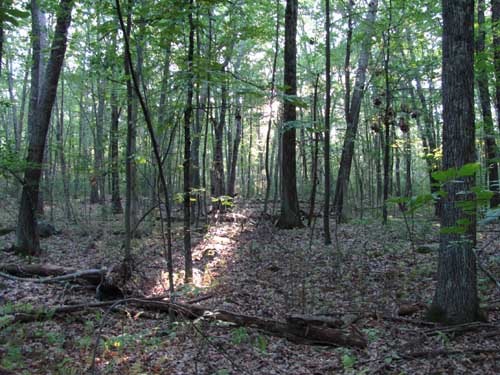 And Steven? He married his mother, someone to care for him, someone who, after the death of his own mother, would steer him through life. Someone who doesn’t mind the bedroom lights blazing through the night. Someone who would check and re-check that the toilet seat was down and that the heavy stoneware pot was placed on it.

These were habits that Steven Collins has been a slave to since the incident 30 years before. But he wasn’t to blame, the Coroner said so. Steven wasn’t to blame. It was ‘just an accident, could have happened to any boy’ they said.

He fills his dull existence making model aeroplanes which, like all his employment efforts, never take off. This year, he’s an accounts clerk. Last year, briefly, a double-glazing salesman.

But somehow, the marriage works. She soothes him when he wakes most nights, soaked in sweat and weeping. He provides for her, opens the jars her weak hands can’t manage, brightens her Sundays with breakfast in bed.

With the wreckage of a dozen failed aircraft littering the dining table, his wife has set about finding him a new hobby, one she hopes will help him come to terms with his past. Miriam has read an appeal in the paper for help with the village scout troop. At first, he wouldn’t listen but she persisted, so for the past few months Steven Collins has helped to run 4th Roxford troup.

He’d shuddered when he first saw the motley gathering in their green berets and khaki shirts plastered with the badges he remembered so clearly. First Aid, Marksman and most precious of all, Patrol Leader. Steven had been a Patrol Leader. That’s what he’d told the Coroner at the inquest.

‘Speak up, would you, young man?’ the coroner had asked, the oak-panelled hall packed in the stifling July heat.

‘Tell us please, exactly what happened that day at your Scout camp at, at … where was it now?’ He changed spectacles and leafed slowly through a heap of documents. A door slammed. Someone coughed. A woman sobbed quietly in the back row.

‘Ah yes,’ he resumed. ‘You were camping at Potter’s Wood, near to East Grinstead and you told us earlier that you were on, on, err … ‘bog patrol’.’ He paused and leaned forward, over the edge of the desk, peering down at Steven. ‘Please would you tell us exactly what this task involved?’

Steven had looked around at the room, at the long serious faces. There was his mother, tissue dabbing her eye, his father’s arm around her. Behind them sat his Scoutmaster, Bertie Anderson, sadness in his bent shoulders. And in the front row, the parents of little Martin Wallace.

He cleared his throat and sipped water from the tumbler handed to him by an old man in a black suit. ‘We had to carry the bog buckets from our camp up to the hole sir.’

‘That’s me sir, Eagles were my patrol.’ he explained. ‘And Peter Wells and …’ He stopped to swallow and shut his eyes tight. ‘And … Martin Wallace, sir.’

The coroner was making notes. He looked up, gesturing with a hand for the boy to continue.

‘Well sir, we carried the buckets, two of ‘em, they was full and some poo went on Peter’s socks so he ran back to camp to clean it off.’ The Coroner took of his glasses.

‘And then what happened?’

‘We, err, we climbed up to the bog ‘ole and-’ The coroner raised his hand once more.

‘It’s, it’s like a big tank under the ground, away from all the tents, up a little hill.’ He stopped for another gulp. ‘You have to slide this big stone lid off, then you tip the poo down. It’s horrible.’

‘And who tipped the buckets into this, this sewer, mmm?’

Steven had started to cry but dragged a sleeve across each cheek before continuing.

‘It was Martin’s turn sir, he was the youngest, he didn’t want to do it but I told him to obey orders from his Patrol Leader.’ His sobs grew louder but he fought back the tears. This was the moment he’d dreaded over the months since that terrible day.

‘I didn’t mean to frighten him, honest I didn’t sir!’ He could feel Mr and Mrs Wallace’s glares on the back of his head. ‘I just yelled ‘boo’ behind him and thumped his back, you know, to make him jump. But he, he … he fell forward, into the hole, just went straight down sir and … and, I couldn’t catch him!’

At this the boy collapsed in tears and his mother rushed to comfort him.

‘Thank you Steven,’ said the coroner. ‘I think you have been exceptionally honest and extremely brave in describing the sad events of that morning. You may leave the stand.’

The inquest heard from other witnesses that day, including his scoutmaster, who received a stern reprimand for failing to supervise the boys in his care. The verdict returned was one of death by misadventure, with no blame whatsoever apportioned to Steven Collins. But the boy carried forever the guilt of what he’d done that day. Sometimes he saw Martin’s face in a crowd, even thought he heard his screams.

No trace was ever found of Martin’s body when the huge underground tank (a wartime fuel dump) was drained. The only evidence recovered was a leather Scout’s woggle and a size 3 hiking boot.

August is approaching and with it, the annual summer camp of the Scouts and leaders of the 4th Roxford. When Steven learned that, of all places, it was to be held at Potters Wood, he’d told Miriam he simply couldn’t face it. Yet she felt this would be the perfect opportunity to at last face the past. They talked quietly, long into the night, and finally he agreed to go.

It’s day three at the camp and he’s there, over there, by the kitchen tent, stirring a black cauldron of beef curry, the boys’ favourite. He’s coping well, keeping busy running games, building bridges and mending grazed knees.

Steven was horrified to discover that not only had the bog hole not been filled in years ago, it was still being used for emptying the Elsan buckets from the camp latrines.

‘Your turn on toilet duty today, Steven!’ called the Group leader, unaware of Steven’s past.

He is chilled with dread at the prospect, at the thought of going there, up there, where it all happened.

‘Come on Steve!’ the boys shout, setting off up the track through the woods, pails brimming with unspeakable cargo. He follows at a distance but when he reaches the brow of the hill the two lads have already shifted the big stone cover and are emptying the second bucket.

‘Oooo! It bleedin’ stinks!’ one complains, fingers clamped to his nose.

Before Steven reaches them, the two youngsters have tipped the last dribbles into the tank and are sprinting back down the hill, buckets held at arms’ length.

The place falls silent. Steven looks around. The young shrubs that once ringed the hole have grown to a dense copse and apart from the small, bronze plaque in memory of Martin Wallace, nothing has changed.

He’s crouching, slowly reading the inscription, when a voice, the thin hollow voice of young boy, pierces the tranquility.

He leaps up in fright, head swiveling left and right. But the copse is deserted. The voice comes closer, more urgent. ‘Steven, Steven! Down here!’

It’s near the ground, by the open hole.

He looks down in horror as two skeletal arms suddenly shoot up from the depths, finger bones draped in putrid slime and tissue.

‘I’ve been waiting for you Steven!’

Before he can turn to run, the fingers have locked onto both ankles, dragging him over the edge and down into the black.