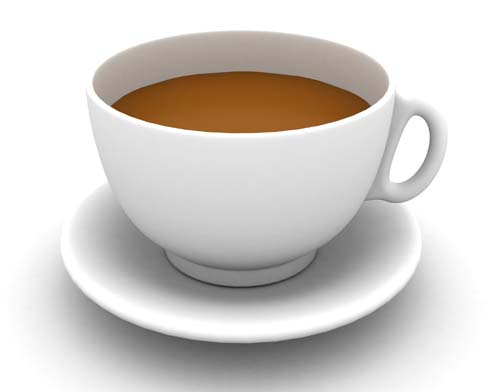 Bill Parson’s hand shook as he stirred a level teaspoon of pesticide into Aunt Ada’s little bowl of Demerara sugar. Her special souvenir pot she called it, a trinket from Truro, the one she kept for her afternoon tea. He put back the lid, its handle the chipped torso of a blue mermaid, turned off the light and climbed the narrow stairs to bed.

Ada Florence Baden, her 96th birthday fast approaching, was a tiny bird of a creature who’d once again taken in her nephew, her only surviving relative, as an act of kindness when yet another business folly had collapsed beneath him.

‘Just ‘til I’m on my feet again Auntie, promise!’ he’d assured her, months before. ‘Get these silly old debts off my back and I’ll be on my way, you’ll see.’

But the debts didn’t go away. Each day’s post brought with it a fresh flurry of increasingly menacing final demands and county court orders. That very morning his aunt had chilled him with the unwelcome news that he’d had visitors while he was at the pub the previous evening.

‘Who was it this time?’ he asked, looking up from his lamb chop. ‘Not another bloody collector?’

His aunt paused for a moment. ‘I don’t think so dear, no, not this time.’ She pulled an ancient lace hankie from her sleeve, eased off her spectacles and rubbed where she thought the lenses were. ‘Now who was it?’ She scratched her forehead with a crooked twig of a finger, eyes squeezed shut as she searched for the memory. ‘Ah yes!’ she cried. ‘Big Tony, that’s it. My word Billy, he was a big man.’ She stretched an arm high above her.

‘His friends were ugly brutes, too.’ Her lips tightened with anger. ‘Nasty lot if you ask me. One of them, fat fellow with a jagged scar down his face, snapped the head off my lovely white rose and flicked it in the bushes!’

Bill stood up from the table and leaned, pale-faced and shaking, against the sink. ‘But what exactly did he say?’

‘Not a lot, just that … err, well he said you’d better ‘cough up by Friday or it’s all over’. And then he did this.’ She made a cutting action across her throat. ‘Oh Billy, I’m frightened – do you think we should call the police? They’d sort them out wouldn’t they?’

‘Er, no, no, I don’t think so auntie,’ he said quickly. ‘I’ll see to it tomorrow, promise. Big Tony and me, we’re, well we’re like that.’ He held up crossed fingers and faked a grin.

But this time was different. This time, Billy wouldn’t be able to dodge and weave his way out. He owed Big Tony over £90,000, debts that had trebled from so-called ‘interest and fees’ in the past year and now there was no escape. He had no assets to speak of, no possessions of any value, just his fake Breitling wristwatch and a rusty Escort with no front bumper.

The only possible way of getting his hands on some real cash, of the chance to clear at a stroke these mountainous, wretched debts and start afresh – in South America maybe, or New Zealand – was Aunt Ada’s little terraced house.

‘Don’t you worry Billy, this house will be yours one day,’ she’d chuckled one evening over the washing up. ‘Another couple of years and I’ll be on me way.’

A few Google searches, a conversation with someone called Leo in a dodgy on-line chat room, a trip to a farm supply store and he was ready.

She’d had a long and pleasant life, he reasoned, convincing himself that with no more cash left to lend him from her savings, this was his only option. He’d had to do it.

A broad shaft of sunlight fell across Bill’s face, sleepy eyes squinting as his aunt drew back the bedroom curtains. She shuffled across the room, slopping tea from a steaming mug before resting it shakily on his bedside table. ‘There you are dear, your morning cuppa.’ She closed the door quietly behind her.

He shaved and dressed, sprits leaden with guilt, and made his way down to the kitchen. He’d slept badly these past couple of nights, waking in cold sweats, stomach knotted and aching with fear, heart thumping in self-disgust at what he’d done.

She was on her knees, scrubbing the red tiled floor, a task she performed every day without fail. He rarely ate breakfast but this morning felt empty, hungry. He opened the larder, took down a box of Cornflakes and filled a bowl. He flooded the flakes with full cream milk but was soon back at the larder searching the shelves, muttering quietly to himself before turning to address the little aproned figure, still crouched over the tiles, her back to him.

‘Where’s the bag of sugar auntie?’ She paused and turned her head stiffly, before replying.

‘Oh sorry dear, I think it’s all gone.’ The scrubbing resumed for a few seconds, then stopped again. ‘I’ll get some more this morning, from Adil at the corner shop.’

‘Never mind,’ he sighed, sitting back down and filling the spoon with cereal.

‘Have some of my Demerara dear, in the mermaid bowl, just there by the kettle.’ She struggled up with difficulty, arching her back to ease the pain. He sat up straight, for once speechless.

‘Don’t you pull that face at me, Billy!’ she smiled. ‘It’s very nice sugar you know, I’ve been using it every morning this week, in your tea.’