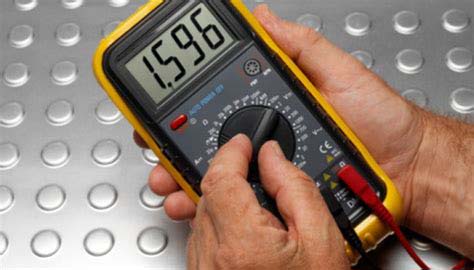 A pearl of sweat swung from the tip of his nose, glistening in the early morning rays and dripped onto the brass terminal. He froze and hissed a thin curse.

He’d dealt with most challenges over the years but this one was different. Cunning. Treacherous. The cap had been straightforward enough, removed and discarded in seconds. Now he faced the internals, the business end of the device. He sensed the pressure from those who watched, their lives in his hands. But he was a pro, a man whose Zen-like decisions and actions were always calm and measured.

To Major Bob Stewart, these moments were pure chess, pieces set in a half-played game by an opponent the other side of the world. He shone the torch beam into the plastic casing, searching for marks, a serial number, its maker’s fingerprint. There was none. An anonymous creation, cobbled together in some wretched, low volume workshop in the slums of Taipei or Kabul, destined to betray the infidels.

He realised his mind was wandering and leaned back, eyes closed, breaths long and deep.

‘Alex,’ he whispered. A hand appeared from behind and dabbed his brow with an orange sponge. Alex, his partner for sixteen years, his team, his rock.

The ‘one-offs’ were always the worst. No history, no intelligence, no diagrams to guide. He could hear his heart throbbing in his ears, see the tiny deflections of the head torch beam at every beat.

And now the wiring. He slid the multi-meter alongside the device, set the range to 10K Ohms and eased the crocodile clips onto what he had decided must be the input terminals. The meter needle didn’t move, stayed hard over against its stop. He heard Alex exhale.

‘Got it,’ she replied, logging the steps in her notepad. ‘Brown or blue?’ He shook his head, swallowed hard and took some time before replying.

‘The brown must be the feeder, they’ve always done it that way.’ She knew better than to ask ‘And if it’s the blue?’ but the question hung unspoken in the air. If Bob thought it was the brown wire, that was good enough for her. After ten years in Iraq and Afghanistan, he was the best they’d got.

He tilted his head to focus the silver pool on the brown wire terminal. Without looking away, he reached down into the leather case and felt along the row of tools for the Posidrive. He lowered the screwdriver tip into the screw head and twisted. At first it refused to move.

‘Damn’. He gripped the tool with both hands and, with increasing force, the screw finally broke free and started to rotate.

Five and half turns. He’d already calculated it from the screw size.

‘Tweezers, size 2.’ Tweezers appeared even before he’d asked. She knew the procedure.

He supported the tiny screw head with the tweezers and continued turning until it popped free. He plucked the screw from the terminal and dropped it into the anti-static tray beside him, peered at the naked loop of copper wire, unrestrained but still sitting on the stud, awaiting liberation, its electrical circuit as yet unbroken.

Now was the moment, the decisive act of separating the brown wire from the circuit.

Gripping the brown wire with the tweezers, he teased the loop up the brass stud. Somewhere far off a dog barked, twice. He froze, lungs locked for a full twenty seconds.

The almost imperceptible ‘click’ made by the wire as it sprung free might at that moment have been the loudest noise in the world. It was the only sound they wanted to hear and he sensed his partner’s body relax behind him.

The rest of the task went quickly and without snags until ten minutes later he stood up, arched his back and stretched the cramp from his limbs.

‘Thanks,’ he said, patting damp hands on worn khaki fatigues. ‘It’s over, it’s safe now. Tell the kids they can use the toaster again.’