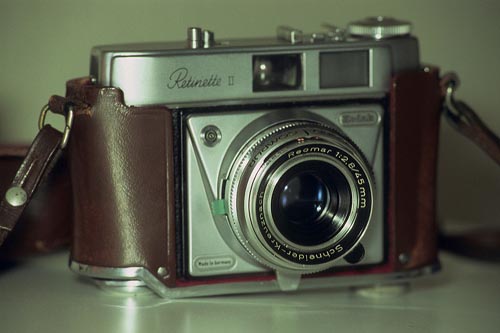 She tugged the gilt-edged tickets from his hand and spread them across the breakfast table. ‘The Goodwood Revival – lucky you!’ His wife cocked her head, an eyebrow arched in curiosity. ‘Where did you get them?’

‘A client,’ he replied, ‘Digby Rawlinson? You remember, tall blond guy on his third divorce? Wants me to go with him.’

She rose to pour them another coffee before swinging round, hand on hip, affecting a royal wave. ‘You’ll have a glorious time! Everyone goes in period dress too, don’t they?’

With the girls flown, Alice teaching English in Boston, Kate in her second year reading Geography at Bristol, the couple now rattled around the rambling old vicarage they knew they’d never leave. Most of Charles Atkins’ waking hours were absorbed by the law practice he’d started thirty years earlier with a college pal from Oxford. What little spare time he had was spent fettling and polishing the other woman in his life, his beloved Morgan. Carol, at 53 a couple of years his junior, led her own hectic life as a GP at the village medical centre. Respected and comfortably off, life had never felt better.

Her husband’s exuberance grew daily at the prospect of mingling with the fast and the famous and Carol indulged his enthusiasm, scouring charity shops for the 50’s kit he’d need. With two weeks to go, she’d laid hands on baggy brown cords, a Harris Tweed sports jacket and an Olney flat cap.

‘I spotted an old pair of brogues yesterday,’ she said over dinner, ‘I’ll pop in and check the size in the morning.’

He was pleased she’d entered into the spirit of his weekend, that she’d understood just how much it meant to him. He put down his wine glass, stood up from the table and moved round behind her, kissing the back of her neck and squeezing her shoulders. ‘Thank you,’ he whispered. ‘I love you.’

She straightened with a start, as an idea spun into her mind. ‘Accessories!’ she cried.

He stepped back, a frown creasing his brow in the candlelight. ‘What?’

‘You haven’t got any accessories!’ she replied. ‘Shooting stick, hip flask, binoculars, that sort of thing!’

‘Or a camera!’ he shouted back, joining the game. ‘One of those old 35mm things … in a leather case!’ They stared at each other for a couple of seconds before chiming ‘eBay!’ in unison. ‘Race you!’ he said, already three paces ahead on his way to the study and the laptop.

Ten minutes later he’d found and bid on a 1951 Kodak Retinette, with the auction ending that evening. He idly watched something on TV and finished off the Chiraz, with Carol absorbed in her novel. Then just after 8 o’clock, an eBay message pinged up. He snatched the machine from the coffee table. ‘I’ve won it,’ he said with boyish delight, ‘Only a tenner, too. Goodwood … here I come!’

The camera arrived a couple of days before the big weekend, a complex piece of kit Charles thought, just the job with its scuffed leather case and frayed neck strap. He knew little about cameras and as he fiddled with the buttons and catches, the back suddenly sprung open. ‘Good heavens, there’s still a roll of film in it.’ He levered the spool from its socket and held the faded yellow label up to the light. ‘Kodak 200 … and a date … er, November 1955!’

‘How intriguing, wonder what’s on it?’ pondered Carol, ‘It’s like a time capsule. I’ll take it to the print shop in the High Street, they do that kind of thing don’t they?’

The Goodwood weekend far exceeded Charles’ expectations and, returning late on the Sunday evening, he bubbled with tales of chatting in the Paddock to boyhood heroes, of Lagondas and Ferraris, of nostrils filled with the sickly, delicious perfume of Castrol R and burning rubber.

‘And how was the outfit, did you look the part?’ asked Carol.

‘I was the part,’ he grinned, ‘I’m tempted to wear this stuff to the office!’

It arrived in the post the following Saturday, an anonymous buff envelope marked ‘Do not bend’. He’d almost forgotten about the film and tore open the package as he walked back to the terrace, to their lazy weekend breakfast.

‘Oh wonderful, you got them’ she called as Charles approached brandishing a sheaf of postcard-size photographs. ‘Come on, let’s have a look! The kippers can wait.’

He pulled up a chair and sat down opposite his wife, leafing slowly through the first few black and white prints and passing them across to her, one by one.

‘But they’re all blank Charles, just cloudy grey. What a shame’.

Suddenly, he sat up. ‘These ones aren’t … look!’ He fed her another print, an over-exposed shot of a grand white house, an old black saloon on the driveway. There were pictures of an elderly couple on a promenade, the woman wrapped in a fur stole, a pipe nestling in the man’s hand. A dozen photos crossed the abandoned dishes as the intrigue grew.

The flow of pictures had stopped and Carol looked up. Her husband had fallen silent and was slumped back in his chair, mouth gaping, a hand clasped to his forehead. His face had lost its colour and she could see he was shaking.

‘What is it, what’s the matter?’ she asked, surprised by his sudden change of mood. He leaned forward and without a word, gently slid the photograph he was holding across the tablecloth. She picked it up and studied the picture. ‘So? It’s a little boy in a pedal car, with a young woman squatting beside him. What’s so odd?’

Finally he spoke, the normally strong, confident voice now thin and unsteady. ‘It’s me Carol, it’s a photo of me.’

She was quick to dismiss the claim. ‘Oh don’t be silly Charles, how can it be?’

Several seconds passed before he managed to reply. ‘And the woman with him, with me, that’s my … my mother.’ He slowly, almost reluctantly, pulled another photo from the deck and after a quick glance, looked away as he held it out. ‘That’s my sister Audrey, the one who drowned when I was six.’

There were more. A beaming lad in school uniform, the 1970 Juniors Rugby team, proud parents at a graduation, young bearded men raising pints in a smoky bar. Other pictures slid from his hands onto the table … wedding photos, their own daughters Alice and Kate cavorting on a tropical beach, a twisted, silver-haired woman trapped in a wheelchair.

As she took each photo from him, she too recognised members of his family and of their own, and began to share his astonishment. The questions tumbled out. ‘But … this is unbelievable Charles, where have they come from, who sent them? Is it a joke? I mean, how did someone get hold of them? Where did you buy that camera from?’

He had no answers, could only wave a hand towards the heap in amazement. ‘This is just so spooky.’ Then he started to chuckle, jabbing an accusing figure at her. ‘Come on Carol, admit it – it was you, wasn’t it? Must have taken you bloody hours to assemble this lot!’

‘Honestly Charles, I’ve never seen half of these photos before.’ She was shaking her head and gazing down at the snapshots of her husband’s lifetime spread before her. ‘These ones of you as a child, where are they from? They’re certainly not in our albums are they?’ He started talking about contacting the eBay seller but as he turned over the last print, his voice trailed off.

Carol was looking down once more, fascinated by the grainy image of a lanky teenage Charles sunbathing on a lawn. He caught his breath, struggled to swallow and hurriedly slipped the last photo back in the envelope.

‘Is that it, are there any more?’ she asked.

‘No, no more,’ he replied, carefully gathering up all the prints. While Carol was intrigued and curious, she was surprised by the way Charles had responded. Rather than pursuing the source of the photos, he spent the remainder of the weekend in his study, declining meals and barely speaking. She could offer no plausible explanation but felt helpless and, for the first time in her married life, alone.

On both nights he came to bed long after she’d fallen asleep, rising early on the Monday morning and shunning breakfast. He headed for the front door, pausing to pull on a mac. Her car keys were in his hand as he turned to peck her goodbye. ‘Weather’s not too good, mind if I take your Polo?’

She reached out and gripped his arm as he turned to leave, pulling him back round to face her. ‘Oh Charles, what is it? Please tell me.’ He shrugged and sighed, muttering that he was fine, just a bit down. Carol thought he’d aged over the weekend and wouldn’t let it go.

She put her hands on his shoulders. ‘It’s the photos isn’t it?’ He looked away. ‘Well,’ she said, ‘I’m as baffled as you are but it has to be a prank, doesn’t it? One of the girls maybe, or someone at the office? How about Gary – he’s a bit of joker isn’t he? Remember the time he sent you that hoax speeding summons?’

He nodded, in reluctant agreement. ‘Come on Charles! We’ll get to the bottom of it together, you know, treat it like a mystery case.’

He wriggled free and swung open the old oak door. ‘And yes, you may take my car, I won’t need it,’ she called lightly as he stepped onto the gravel. ‘Drive carefully – see you tonight.’ She raised a finger to her lips, ready to blow her usual parting kiss. But he didn’t look back.

By early afternoon he’d finished his Crown Court cases and with no more appointments, decided to call it a day. He joined the A26 heading North out of Lewes but within minutes the traffic slowed to a crawl. Soon, it was stationary. Ten, then twenty minutes passed and people were out of their cars, peering ahead for clues, exchanging the small talk of strangers. A van driver sat on the grass verge, a mug of tea in his hand, a meat pie balanced on his knee. A couple of youths started kicking a football.

He called her mobile only to find a voice message, so left his own. ‘Hello sweetheart, can you ring me as soon as you can?’ He paused before adding ‘I love you.’ He snapped the phone shut, closed his eyes and sank back into the seat.

A mile ahead, a rusted truck from O’Leary’s Recovery was pulling the crumpled front section of a car from beneath the great hulk of a Belgian truck. A young police officer followed the tangled wreck, stooping to collect shards of steel, painted aluminium and debris littering the wet tarmac. Pages ripped from a map, a smashed headlamp, a leather handbag. A woman’s red shoe.

The extraction stopped while he reached down into the twisted remains of the passenger footwell. He picked up a petrol-soaked buff envelope and teased out the creased photo of a Morgan sports car, buried beneath a lorry and smashed almost beyond recognition.