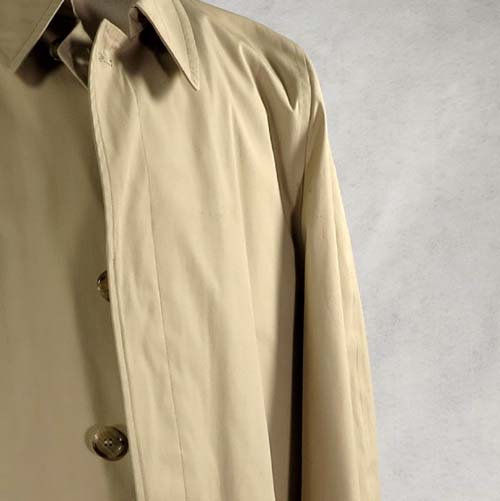 Charles Frensham was reading in his study at just after 8pm when the knock came. Three sharp, urgent raps.

‘I’ll get it!’ called his wife, wiping flour from her hands as she crossed the flagstones to the porch. She slid the heavy bolts and swung open the ancient oak door to find two police officers standing, unsmiling, in the rain.

‘Er yes, yes it is. What’s happened, has there been an accident?’ Panic gripped her as images of Louise or Ben lying terribly injured in some wretched, far-off hospital flooded her mind.

‘No, not an accident. We need to speak to your husband Mrs Frensham. Is he in?’

Elizabeth Frensham beckoned them into the hallway, but only the older man moved forward. He turned back to his companion and nodded toward the path around the side of the house.

‘Cover the back, Morrison.’

She closed the door and reached out to take the officer’s coat but he declined.

‘Just through here officer,’ she replied, leading him down to the study, some distance in the grand old Hall house. She pushed open the door and her husband looked up from the medical tome he’d been studying and set down a half-empty glass of Port on the green leather desk. Before he could express his irritation at being interrupted – an intrusion that neither Elizabeth nor his children would ever risk – the officer had walked to his side and now rested a hand on his shoulder.

‘Charles Lancelot Frensham, I am arresting you on suspicion of the murder of Cecylia Babinski.’ He went on to issue a formal caution as Elizabeth stared in disbelief at the unfolding nightmare.

‘Well, my lord!’ he exclaimed, when the officer had finished. ‘I have absolutely no idea what you are talking about.’ He stood up, held his arms wide, head shaking slowly in disbelief and turned from his wife to the officer and back again.

He was clearly shocked by the situation but struggled to reassure her. ‘Darling, I’m sure we can sort this, this, thing out. It must be some sort of mistaken identity.’

In the hallway, Charles Frensham (FRCS), world-renowned pioneer in stem cell repair of spinal cords, stood hand-cuffed while his wife packed overnight essentials into a small case. No words were spoken with the officer but as he walked towards the doorway he gave his wife a gentle kiss.

‘Please darling – don’t worry. Mistakes happen and I’ll be fine, back in no time.’ A few paces later as the couple squeezed past the Bentley, he turned to call a final instruction. ‘Call Alistair – tell him what’s happened and that I’ll wait until he arrives before I say anything more.’ She waved farewell, one hand to her mouth, sobbing quietly.

The basement interview room at Stretton police station was a dismal box, furnished with the tired, scuffed table and chairs of a low grade boarding house. A naked 60 watt bulb hung from the ceiling. A recording machine with twin cassettes sat before DI Kitson. The only sounds in the room were the drumming of his fingers and the soft, lethargic tick of the clock that hung on the wall behind Charles Frensham’s head.

After what seemed to Charles to be several hours – his watch, mobile phone and even his belt having been removed and catalogued at the front desk – the plump, sweating figure of his solicitor finally bustled through the door.

‘Hello Charles, and hello, err, Detective …? Alistair Plumstead-Hythe – this is my client, Mr Frensham,’ he said, stretching a damp hand out to the officer.

Over the next two hours, the officer put question after question to Charles, having first detailed the crime they were investigating. A young Polish woman had been found raped and brutally strangled two days earlier in a park near to Charles’ house. An overcoat had been found stuffed into the undergrowth near the route she had taken. In the pocket was a dry-cleaning ticket, quickly traced to the Frensham’s address.

There was more. A jogger had seen a tall man in an overcoat, loitering in the park on the night she was attacked, accompanied by a black dog. Yes, Charles agreed, he did have a black Labrador and yes, he walked his dog most evenings in that park.

‘A little over,’ Charles replied, looking at his solicitor for confirmation that he was saying the right things. ‘But this is so ridiculous, isn’t it? My height, a dog, the fact I walk her in the same park that she, this poor woman was, was so terribly attacked?’

At that moment, there was a tap on the glass-panelled door and a young female police officer entered, carrying a large, clear plastic bag which she placed on the table. ‘Thank you Hannah,’ a smile flashed across the detective’s face.

‘Mr Frensham, this overcoat was found near to the body.’ He held the bag up, twisting his head to read the handwritten label stuck to its side. ‘Gieves and Hawkes, Herringbone mohair, 46 inch chest, various rips and stains.’

Charles reached out to tilt the bag into the light but his solicitor grabbed his wrist to stop him. ‘Sorry Charles, better not to touch the evidence – even the bag.’ The detective laid the bag down and flattened the plastic so that the material was more visible.

‘Well, yes, I certainly did have a coat like that, for many years in fact.’ Charles leaned back in the chair. ‘Wore it out in the end, dog had a go at it, went the same way as all our old clothes – to the charity shop in the high street.’

The solicitor quickly latched onto this information and left, the interview suspended while the police made further enquiries. For Charles Frensham however, it was to be a long and uncomfortable night in a vomit-streaked cell, the spyglass sliding open now and then to reveal a green, swivelling eyeball. He slept fitfully, waking on the floor with a cheek pressed to the urine-soaked concrete.

Footsteps and the rattle of heavy keys brought him to his feet, the door swinging open on the desk sergeant who’d welcomed him the previous night.

‘Well that’s you out then sir, free to leave,’ he smiled, gesturing to the corridor. Charles wasted no time in gathering his possessions from the desk and calling first his wife, then his solicitor.

A lot had happened overnight it seemed. The charity shop had confirmed that Mrs Frensham was indeed a frequent visitor, donating clothes and other items, often of a very high quality. And in her statement to the police she had told them how she’d cleared out her husband’s wardrobe the previous month and had specifically donated the old mohair overcoat.

On its own, her statement would not have amounted to very much. However, something else had happened in the early hours which immediately cleared Charles Frensham. A tall homeless man, a well-known beggar who often slept in the park with his faithful Labrador, had been arrested for petty theft, a bottle of wine from an all-night store and a bag of crisps. In his pocket the police found a red purse, soon identified as that of Cecylia Babinski. The man claimed he’d found the purse in the grass and that he was going to hand it in. But the evidence was damning and at 10.45 that morning Otto Garnier was charged with the girl’s rape and murder.

Charles popped the cork of the chilled magnum and filled two flutes, pushing a glass across to his wife. ‘To British justice! And thank god they caught the bugger. Cheers my darling!’ He knocked back the flute in a single, extravagant swig and poured himself another.

But Elizabeth hadn’t touched her glass. She rose from her chair and fixed her husband with a cold, hard stare.

‘What is it my love? What’s wrong’ he asked, rising and moving round to hold her. She moved away to the other side of the table, hands to her cheeks.

‘Charles, I remembered something, the mohair coat, your old coat?’

Her voice trembled. ‘I didn’t take it to the charity shop you know, I forgot it. I put it in the garage with your old walking gear.’