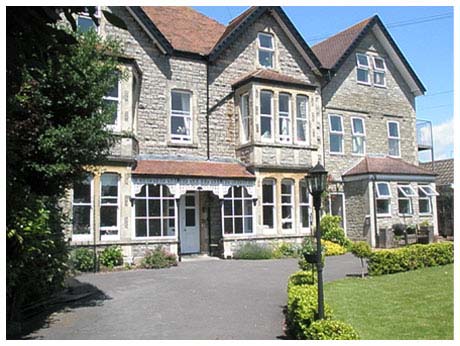 It was Boz’s idea to break out of Milton House. Boz who’d slipped a Stanley knife and a screwdriver from the workshop down the back of his pants last Tuesday, Boz who was desperate to get out and see his mates. And the other two were easily persuaded.

They’d waited until midnight for the staff to go for their tea break before slipping out of their dorms and down to the dining room. Danny closed the varnished oak door behind him and switched on the light.

They stood silent in the gloom, the musty drawn curtains split by a gash of moonlight. It was Danny, the youngest, who spoke up.

‘I don’t know about this Boz, I only been ‘ere a week,’ he whispered, thin voice wavering. ‘What if we don’t make it, what if we get caught?’

‘Shut up Danny,’ said Boz. No-one crossed Boz, who carried the badges of a hard life. A flattened nose, HATE and LOVE inked across fat fingers and tattooed below his ear, a blue swallow.

Craig tiptoed to the tall sash window and beckoned to Boz for the gear. He’d spent a couple of years in this institution and he knew the weak points. He was good with tools too.

The others watched impatiently as Craig unscrewed the five steel window locks, building a little heap of hardware on the window sill.

‘Nearly there, one last screw …’ He eased a loop of twisted white cable from the corner of the window frame, stripped back the insulation and knotted the bare copper wires together.

The window, like all the windows at Milton House, had never been opened more than a couple of inches and they struggled together to raise it.

They squeezed through the gap, tumbling, giggling, into the shrubbery below.

‘Shhhhh! You idiots!’ said Boz. ‘You’ll have ‘em running. Come on, this way, through the bushes.’

The moon had disappeared behind heavy cloud as three crouching figures stumbled and groped their way through the foliage.

‘Jesus, they’re fuckin’ roses!’ cried Boz. ‘Thought you reccied this Craig and said it was a flower bed?’

‘Roses are flowers,’ a voice added helpfully from the back.

It seemed to them that the further they went, the denser and more hostile the undergrowth grew.

‘Aaaargh! Sod it, they’re like bloody razors!’ cursed Boz, as another thorny bough slashed his forehead.

Craig had an idea. ‘Get down on the ground, go low, under the branches.’

The ruse worked and after ten minutes on all fours through wrist-deep mud, they finally emerged at the low perimeter wall.

‘We did it!’ We fuckin’ did it!’ cried Boz, hauling himself over and onto the pavement below. ‘Quick, come on!’ He helped Craig over to join him in the sickly yellow wash of the streetlamp. They turned back to peer into the bushes for Danny.

‘Didn’t you go before we left?’ Craig called into the black.

‘Yeah, yeah, I did.’ There was the sound of fumbled zipping, leaves rustling and a mud-spattered figure climbed up and over the wall.

‘Right,’ said Boz, taking command. ‘Let’s split up. I’m off to Barcombe Avenue, what about you two?’

‘Barcombe yer twat. Are you deaf?’

Danny shook his head. ‘Oh sorry, yeah, got it.’

‘Where you heading then Craig?’ demanded Boz. ‘Gonna see your sister?’

Craig was glancing around, rubbing his chest, unable to look Boz in the eye.

‘I left me tablets behind. By the bed.’

‘Oh for fuck’s sake!’ cried Boz. A finger tapped him on the shoulder. ‘What?’

‘I didn’t pack me Germaloids either,’ said Danny.

The three studied each other in silence before turning and plodding up the road, past the tall iron gates and down the long gravel driveway to ring the bell of Milton House Residential Care Home.