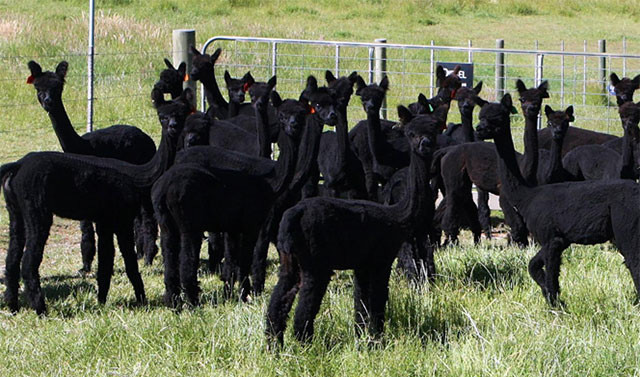 Geronimo, the celebrated eight-year-old camelid condemned to death for twice testing positive for bovine TB, has been joined in his Gloucestershire pasture by hundreds of identical black alpacas.

The animals began arriving overnight, following a social media appeal from the British Alpaca League. As our story went to press, a total of 287 animals had been dropped off in vehicles including Land Rovers, trailers, a motorbike sidecar and even an ice-cream van. We understand that more than 700 additional alpacas – all black – have been pledged by UK breeders and are expected to arrive by the weekend.

Geronimo’s owner, Helen Macdonald, couldn’t believe the response. “It’s absolutely wonderful, isn’t it?” she told our rural affairs correspondent Al Packham. “Geronimo will love having all these new friends to play with. I just wish I could find him.”

Two officials from Defra and a Government vet drew up in Ms Macdonald’s farmyard shortly before mid-day but left soon after.

Farm worker Clayton Sprout watched them leave. “One of ’em ‘ad like a big black gun, or it might ‘ave been a brolley. Didn’t look that happy, they didn’t. The tall bald bloke just said ‘oh bugger’.”