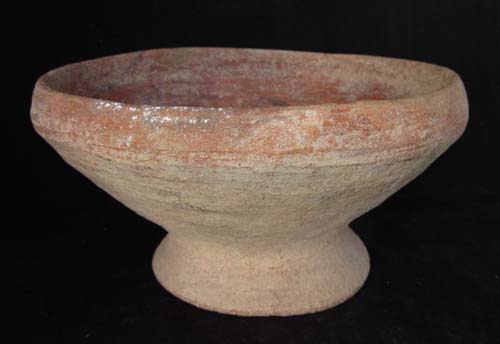 A team of archeologists claim to have concrete proof that Britons were cooking and eating fish and chip dinners at least 4,000 years ago.

An intact earthenware bowl was amongst a trove of cooking utensils discovered during the dig at Banty Bottom, a small Bronze Age settlement in Leicestershire.

On Monday last week Professor Digby Frinton-Pollock from Skipton University explained the importance of the find to Spoofflé: ‘This is a real breakthrough,’ he said. ‘We often find animal bones and grains, evidence of a simple diet but to come across a complete prepared meal such as this, recognisable to any modern person, is really quite incredible. These people were far more sophisticated than previously thought.’

The bowl, along with several other artefacts, were scanned by the British Museum for carbon isotopes, a process which not only dated the pieces to around 2,150 BC but also confirmed the presence of fish protein, fats and starch molecules in this particular object.

The BBC had apparently been planning a special hour-long programme on Professor Frinton-Pollock’s discovery when we received a call this morning from his secretary. Apparently a student now recalls possibly using the bowl a couple of weeks ago to hold his takeaway.