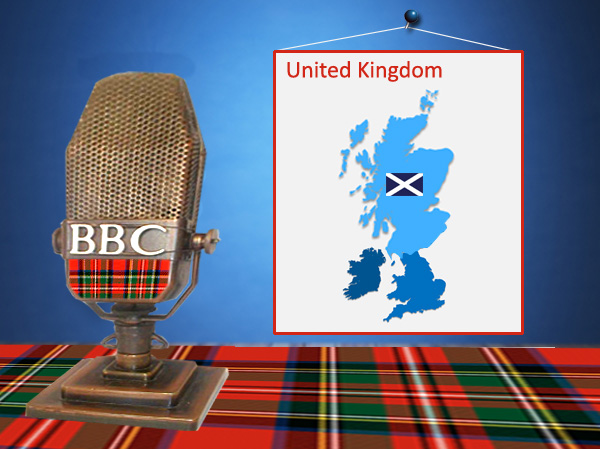 If you’re having difficulty understanding exactly what BBC radio and TV presenters are saying, it’s for a very good reason: they are almost all Scottish.

An investigation by Spoofflé reveals that of the BBC’s 22,400 employees, 21,570 (98%) were actually born in Scotland. To put this in perspective, the population of Scotland is just 5.4 million, less than 10% of the total population of the UK

In a leaked recruitment manual, HR Director Hamish McCavitty sets out the lengthy selection criteria to be used when assessing job applicants, emphasizing the crucial importance of treating all potential employees absolutely fairly, regardless of their country of origin.

The tests include reciting from memory the Robert Burns poem ‘Merry Hae I Been Teethin A Heckle’, performing ‘Bonnie Black Isle’ on the bagpipes and preparing a fresh haggis from provided ingredients, including oatmeal, onions, suet and a dead sheep.