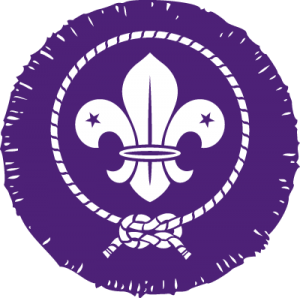 Boys of the 14th Bognor (St. Pegg’s) Scout Group gained some unexpected practice with their knots last Sunday when they caught a burglar in the Scout hut.

The 36 scouts had returned early from a weekend camp at Spotty Bottom and Jason Penge (14) was first in the door. “I think he was more surprised than us,” he said. “He did try and run off but we caught him in the bog. I knew he was a burglar because of, like, well the striped T shirt and the mask. And the bag.”

Scout Leader William Oggle left the hall to phone the police and was appalled at what he found when he returned. “I’d only been gone two or maybe three minutes but when I came back, bloody hell, I mean they were like animals, even the little ones!”

Oggle said he tried unsuccessfully to pull the boys off the man. “Oh it was horrible, just horrible, he didn’t stand a chance,” he said. “They’d jumped on the poor fellow, all 36 of them, tied up every limb, every finger. Reef knots, grannies, double sheetbends, sheepshanks,  bowlines, there were even a couple of double marlinspike hitches in there, we did them last week – you name it, they’d used it, hundreds of them and knotted really tight too.” The Leader said that only when no more of the burglar’s body was visible did the frenzy subside and the scouts withdrew. However, despite the best efforts of the police officers who attended, after two hours they had only managed to undo a few of the knots and were forced to call in Bognor Fire & Rescue Service.

Leading Fireman Darren Rung told Spoofflé that the challenge was far greater than he had expected. “If they’d only used rope, fair enough, but they must have dragged a drum of steel cable from a building site. And those knots, well, they were so good, so tight and close to his body, that we had to be very, very careful. Especially around his crutch.”

After seven hours the burglar was finally freed and 27 scouts immediately performed First Aid on a variety of cuts and burns. Scout Leader Oggle had only praise for his boys. “I’m very, very proud. Just goes to show the huge value of the scout movement today. And they’ve all earned their Knots badge too, which is a bonus.”

Twelve year old Jalo Jefferson was in no doubt as to why the boys had managed to overpower the burglar.”It’s British Bulldog innit? We play it every Wednesday, just learning to beat each other up. It’s great, it’s why I joined.”

Bognor Police have confirmed that a 37 year old man will be helping them with their enquiries after he is discharged from Littlehampton General hospital. A hospital spokesman said that the man is ‘as well as can be expected.’