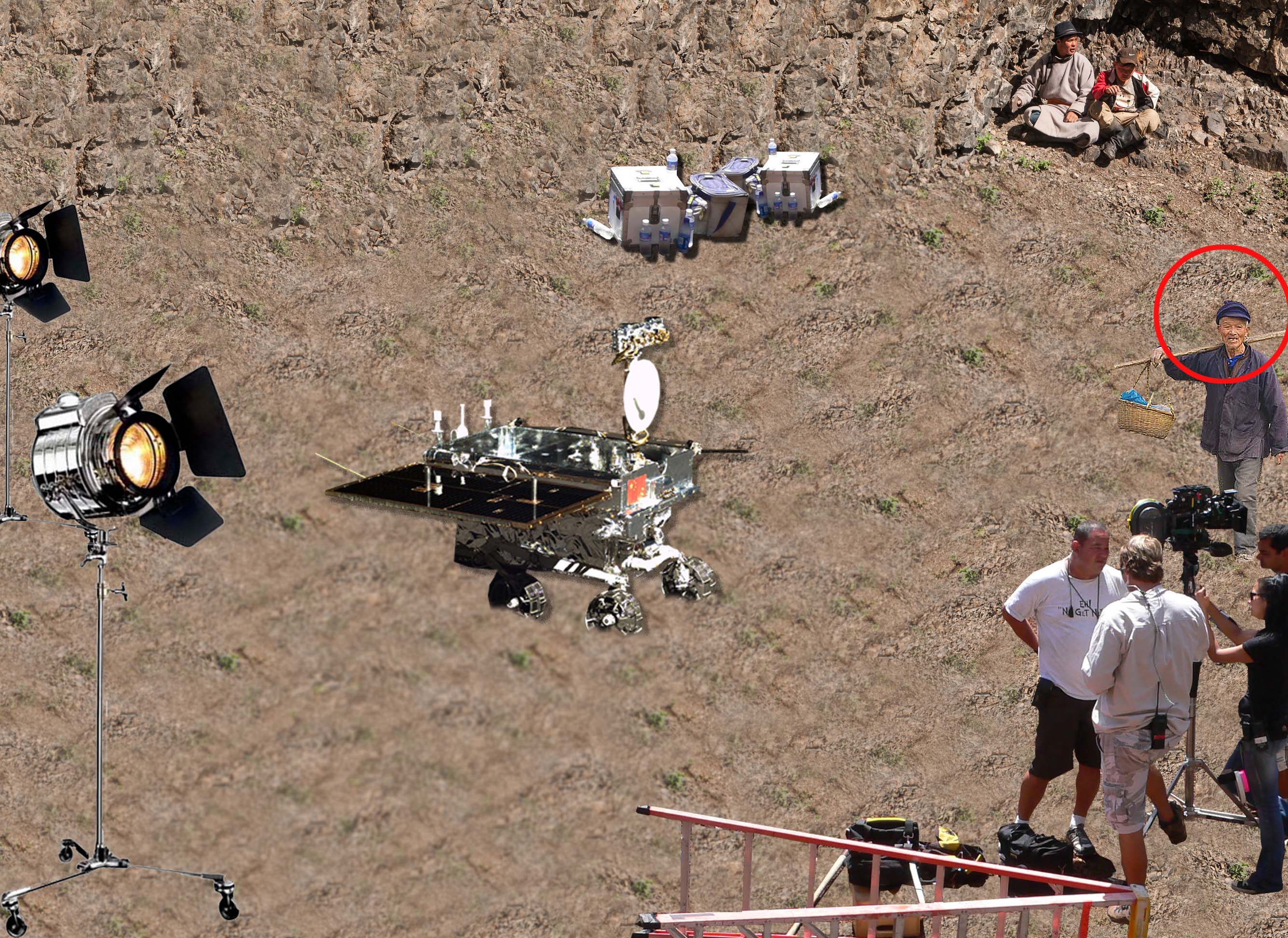 The space exploration community was in turmoil this morning with the shock allegation that the Chinese lunar lander may not after all have landed on the far side of the moon.

A camel farmer from the desolate inner Mongolian plateau claims that since last September a Chinese film crew has been shooting the whole event on the edge of the desolate Gobi desert, opposite his hut.

Spoofflé’s China correspondent obtained this photo on Monday, claimed to have been taken by Wu Chin, the farmer’s wife, from her kitchen window. We believe Mr Wu is the gentleman circled in the picture.

During a poor quality phone call, we asked Mr Wu if the Chinese authorities had forbidden him to contact the outside world. ‘Yeah, summer time they tell me no speak about film so I say OK,’ he said. ‘But wife fed up with film people use all our toilet paper and no pay for it. Toilet paper very rare in Gobi desert. She so angry she take picture so now everyone know.

We asked the Chinese embassy in London for an interview but have not yet received a response.