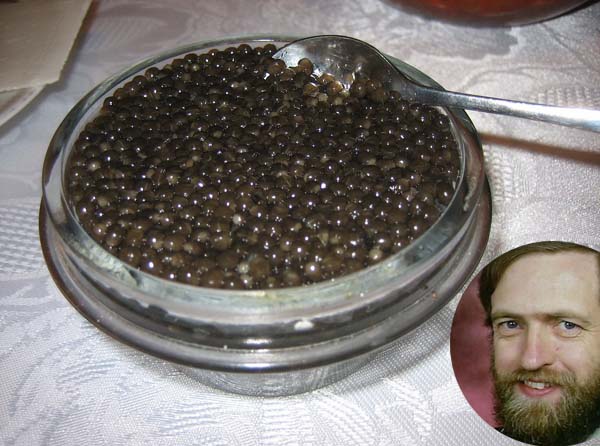 Jeremy Corbyn has admitted to having taken Beluga caviar during the 80’s, a “mistake” which he now “deeply regrets”.

The Labour leader told the publication ‘Red Fist’ that he had taken the exclusive delicacy on several social occasions, more than three decades ago when he was still a “young, idealistic MP.”

The roe of the sturgeon was once described by Vladimir Lenin as ‘a feast for the few, farmed by the many’.

“Yes, unfortunately it’s true,” he said. “I did take caviar a few times. It is something I deeply, deeply regret. Caviar is a pernicious substance which I now realise symbolizes the massive class divisions in our society and the unfair wealth and privilege of the bourgeoisie.”

Mr Corbyn claims that on the “three or four” occasions when he was served caviar at the Slovakian Ministry of Truth, he ate it purely out of courtesy to his hosts. “I didn’t enjoy it,” he said. “It tasted a bit fishy.”