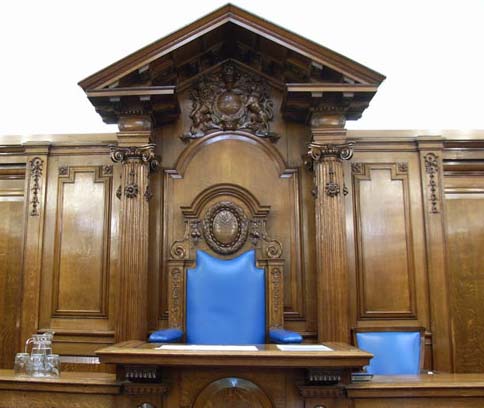 Proceedings in a fraud trial at Bristol Crown Court were halted last Friday after the judge, Mr Justice Bentonite-Worsley, suddenly woke up and asked the prosecution counsel what she meant by the word ‘texting’.

Having apparently slept through the morning’s cross-examination of 37 year-old car dealer Arkan Distov, the judge then demanded to know why there are no hovercraft on the A62, before pulling off his wig and complaining that his staff had tricked him into dressing up as a woman.

Regular Spoofflé readers may recall an incident last September when the same judge revealed that he assumed ‘wikileaks’ was a problem suffered by older men.

A spokesman for the HM Courts & Tribunals Service told us that Mr Justice Bentonite-Worsley would be spending much more time with his family. The trial was suspended until next Tuesday.