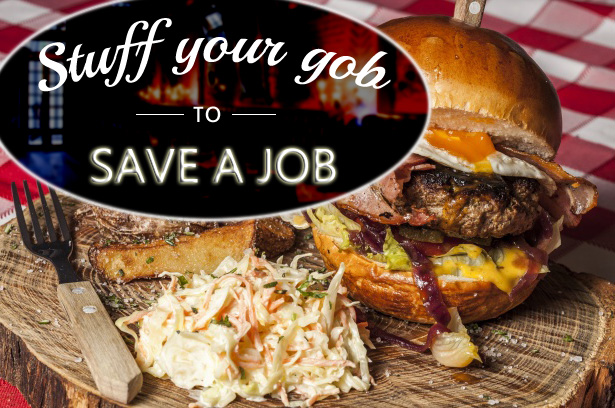 UK Chancellor Rishi Sunak has announced the “Stuff your Gob to Save a Job” incentive as part of a series of measures to restart the economy amid the coronavirus pandemic.

The hard-hit hospitality industry last night welcomed the news and said they were preparing for an avalanche of customers returning to the country’s restaurants. The deal means people will get a discount of 90% if they eat out on consecutive Mondays, Tuesdays and Wednesdays during August.

A spokesman for Downing Street gave an example of a typical family of two adults and nine children enjoying dinner at the two MICHELIN Star Le Gavroche in London’s Mayfair.

“Their Menu Exceptionnel, which includes lobster salad and Coquille Saint Jacques Rôtie, is normally priced at £178 per person – that’s a bill of almost £4,000 – but under our incredible deal,” he said, “they’d pay only £380.

However,” he added, “they must do this three nights a week for the whole month.”