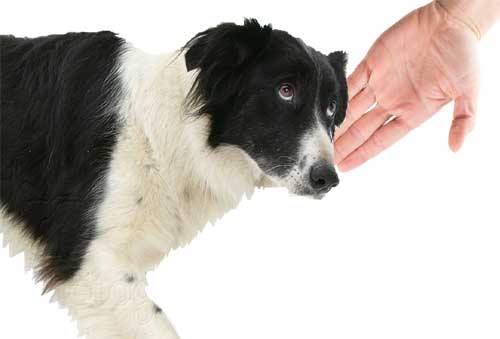 Kent police have started trials using a dog to detect when suspects are lying during interview.

Helen, a two year old Border Collie, has amazed officers at their Maidstone HQ with her ability to bark three times whenever a customer deviates from the truth, even when a traditional lie detector fails to register the deception.

Dr Rachel Winterbell from the University of Kent explained the background to the trial. ‘When we tell a lie, the body produces extra adrenaline to prepare us to fight or flee so we get more stressed,’ she said. ‘People show different symptoms of stress, like fidgeting, a flushed face or a racing heart. Some are so nervous they do a little wee wee. But a few people, psychopaths mainly, somehow manage to conceal these symptoms and that’s where Helen is really helping us.’

Dr Winterbell believes that raised levels of norepinephrine and pinephrine in a suspect’s sweat are producing an odour which the Collie is picking up.

DCI Colin Transom has been particularly impressed with the dog’s performance. ‘She’s just brilliant,’ he said. ‘I mean, for little porkies she just gives a few woofs but if it’s a biggie, like denying all knowledge after being caught with 23 watches in your pocket, then she keeps biting them until they tell the truth. She’s saved us loads of time.’

The Kent trial will last for a further six months and, pending formal review of the results and the availability of enough talented dogs, the service could be rolled out across all 43 police forces in England and Wales by early 2020.