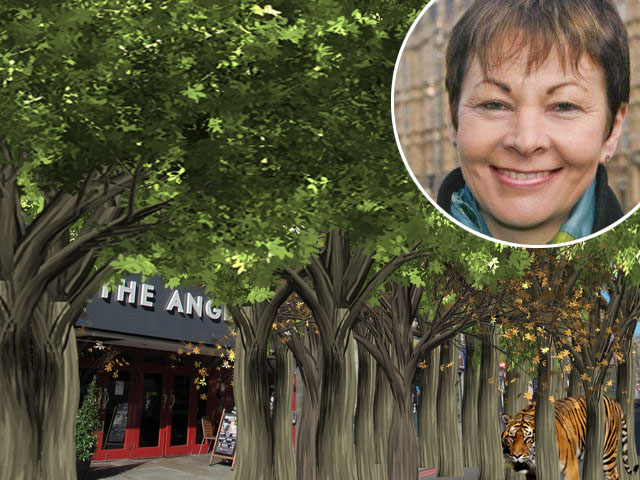 The Labour party’s bold proposal to plant 2 Billion trees by 2024 has been eclipsed by the Green Party who claim they would have 1 Trillion trees planted within just 12 months of forming a government.

Green MP Caroline Lucas explained how the project would work. “It’s so simple yet so elegant,” she told Spoofflé’s gardening correspondent Howard Furrow. “Our members will deliver a whacking great box of thousands of assorted seeds – acorns, conkers, hazelnuts that sort of thing – to every household in the country for them to plant wherever they wish, over the next 12 months. Easy!”

Our correspondent understands that the Scouts Association and the WI have agreed to help with seed deliveries and Greta Thunberg will be cycling across Northern Europe and through the Channel tunnel, with trains suspended, to lend her support.

The ‘Battle of the Bribes’ (as the election manifesto wars have been dubbed) took another unpleasant turn this morning when Jeremy Corbyn claimed the Tories’ offer to plant 150 million new trees over the next five years was in reality only 100 million. The other 50 million trees, he said, are already growing and the Tories were only offering to prop them up.