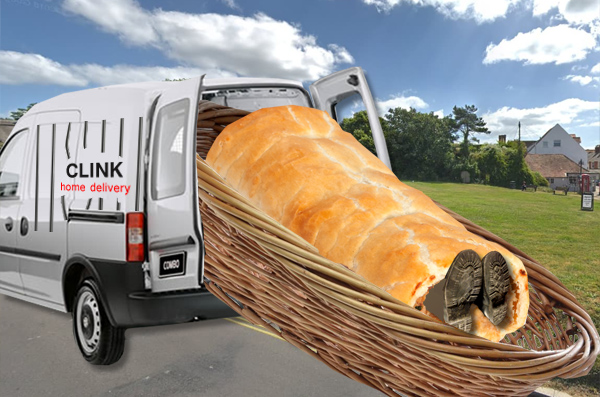 Brixton prison today suspended all home deliveries from its popular ‘Clink’ restaurant following the discovery of an inmate wrapped in a large sausage roll.

The restaurant, currently closed to diners, holds 3 Michelin keys and has been delivering the £95 over-size party snacks cooked by inmates to affluent residents of the South London borough.

“So, this white van pulled up,” she told us, “and as they were unloading our sausage roll, a pair of boots just sort of, you know, popped out of the filling. Then my friend Quentin shouted “Who ordered the boots?”, which was just so hilariously funny.”

Tamsin and her pals pulled the man out, cleaned him off, revived him with a glass of prosecco and called the police.”