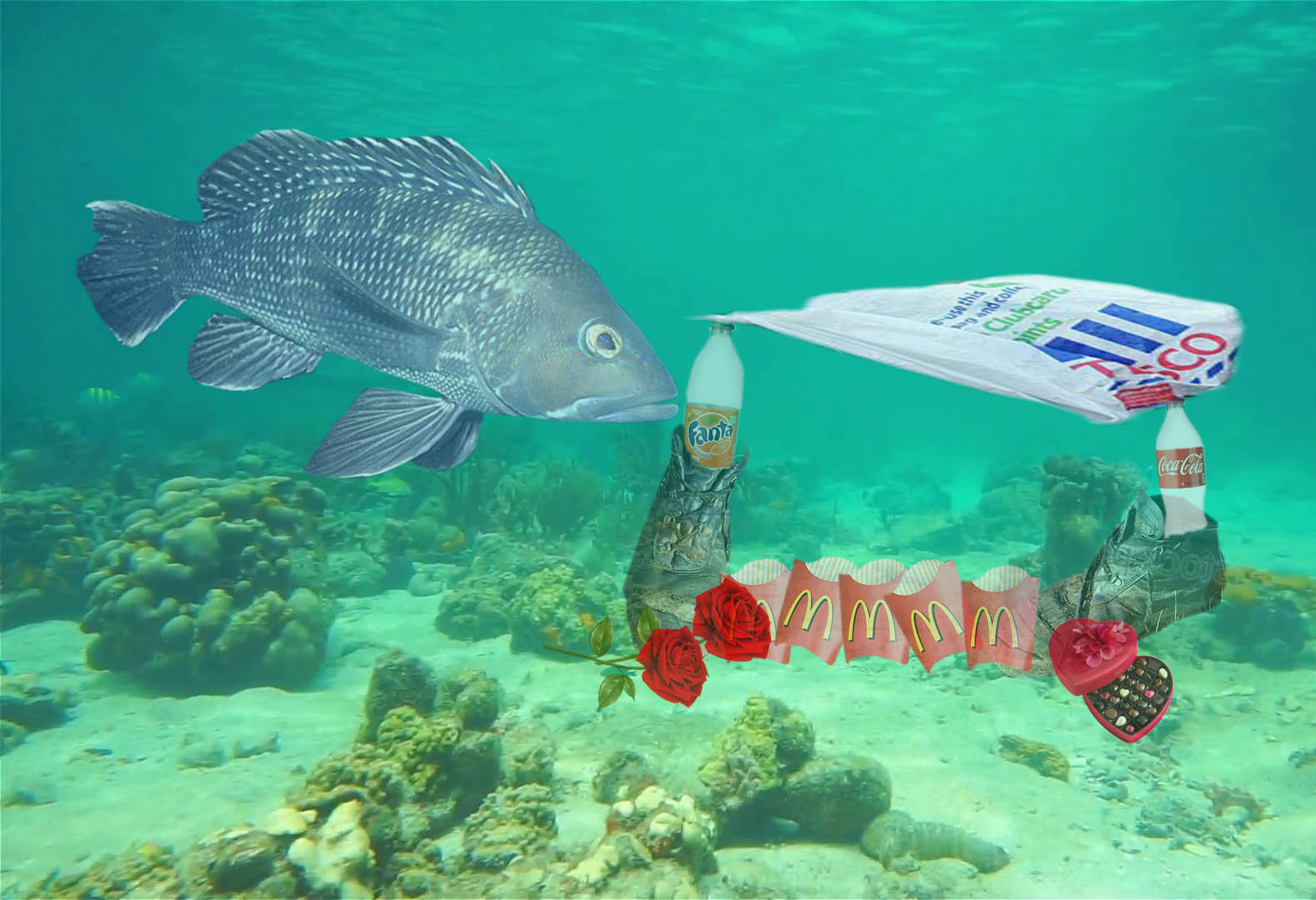 Divers working in the Bristol Channel have filmed the extraordinary behaviour of a male Sea Bass constructing an elaborate ‘home’ from waste items to attract a female.

The team from Bristol University were carrying out environmental studies on the catastrophic growth of plastic waste and were amazed at what they discovered. Sasha Ginaldi, an MSc student, watched one particular male for over an hour.

‘He was so clever,’ she said. ‘He’d arranged a couple of old boots then he came back with plastic bottles which he stuck into them, sort of entrance pillars I suppose. He definitely had a plan because he’d flattened out a load of Mcdonald’s fries packets to make a floor. No way could I spoil his house.’

Our Science Correspondent Oliver Flimwell spoke by telephone to Sir David Attenborough, who confirmed that such mating activities were not that unusual. ‘Oh yes, we’ve seen fish building nests before,’ he said. ‘But only when the male wafts sand into attractive patterns, never when they actually fetch and arrange artefacts in this way. I think you’re on to something here Oliver.’

Before the dive team’s air ran out, the Sea Bass delivered a final surprise, also caught on camera. ‘Just as I was about to switch it off,’ said Sasha, ‘he came back to the pad with two quite decent red roses in his mouth which he laid by the entrance, next to a discarded box of chocolates he’d found from somewhere. Simply amazing, I just wish my partner was that romantic.’