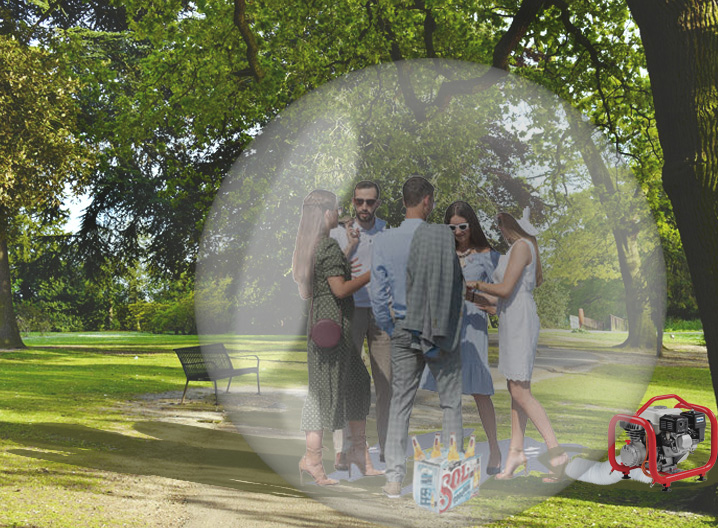 Fire crews and police were called to Streatham Park on Thursday evening following reports that a social bubble had exploded.

Five people were treated at the scene for breathing difficulties and a man in his twenties was admitted to St George’s hospital with a broken ankle and scorched eyebrows.

Aaron Caplan, 15, was playing football nearby with friends and told Spoofflé what he saw,

“They was all laughing and ‘aving beers,” he said, “then one of ‘em lights a barbeque wiv like a little gas canister. I thought that’s nuts, innit?”

Police later removed the remains of the device – a six-person, Coronafun Model 3000 – and tweeted a warning about the dangers of mis-using social bubbles as the current lockdown is gradually lifted.