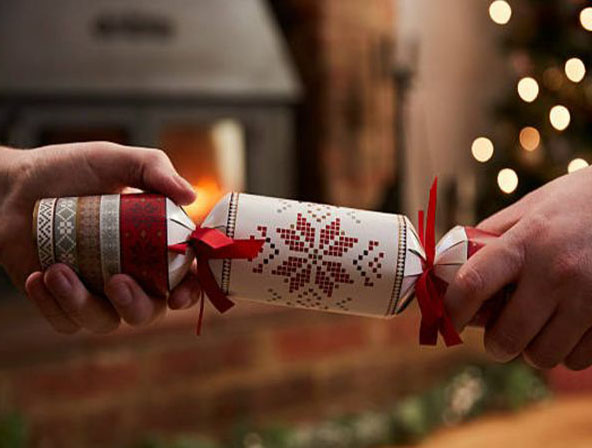 For approximately 10% of the UK population, the annual ritual of pulling a cracker at the Christmas table has brought a familiar disappointment: more often than not they lose, ending up without an infants’ paper hat, a plastic frog or a 1963 pun.

But now help is at hand after researchers at Bakewell University discovered that traditionally manufactured crackers favoured the slight clockwise twist which a right-handed person gives when pulling. Apparently this twist serves to weaken the cardboard tube 11% more than when pulled by a left-hander, resulting in an unfair advantage.

The trial attracted the attention of The Leftie Society who in October commissioned a trial batch of 200 boxes and managed to convince prestigious London store Fortnum & Mason to stock them.

Less than two days after they appeared on the shelves, the crackers had all been snapped up.

“Oh good lord, I am not the teeniest, teeniest bit surprised we sold out,” he said. “Many of our regular customers are creatives and of course, are usually left handed too. They’re always popping in for left-handed cups, tea spoons, scarves, that sort of thing, because they just know we’ll have them.”