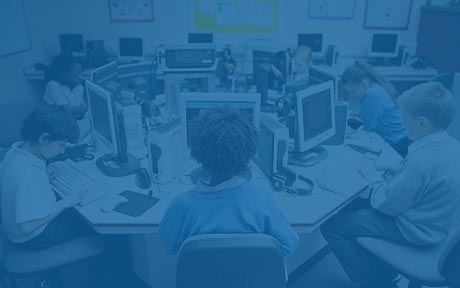 Cheshire police, who infiltrated an international hacking ring, have identified an eight year old girl (codename ‘Goldilocks’) as the mastermind. The child, who cannot be named, is believed to be behind several massive on-line breaches, including last month’s downloading of the entire CIA intelligence database to a computer at St Monica’s, a Knutsford Primary school.

Headmistress Hildagard Chalk spoke to our North West reporter. ‘I had no idea what the children in Bluebell class were up to,’ she said. ‘And people on social media have been so cruel blaming Mr Ackroyd, our IT teacher. I know he’s blind but he’s very good at his job and the children love him. He says he thought they were playing ‘Angry Birds’ and only got suspicious when he heard a boy ask ‘Goldilocks’ for help creating a secure password for his deep web account.’

The Local Education Authority has announced that the school will be closed until further notice, to allow an IT forensics team time to complete their investigations. Amongst items removed from behind the classroom printer were several thousand ‘Toys R Us’ £50 gift vouchers.

Team leader Cody Simms was impressed with the children’s work. ‘This was a very, very smooth operation,’ she said. ‘They worked in pairs, used 128 bit inverse encrypted heuristic IP access routes and never logged in with the same password twice. I’d employ them tomorrow.’