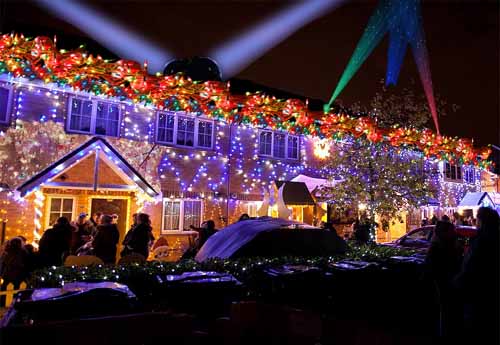 Residents of the village of North Nibley in Gloucestershire have a proud tradition of decking their houses with Christmas lights.

However, this year the friendly rivalry with next door Plimpton has stepped up a gear after residents invested heavily in what has been criticised as ‘military grade illuminations’.

Thirty five households have clubbed together and erected a light show so intense that it can be seen from the International Space Station. 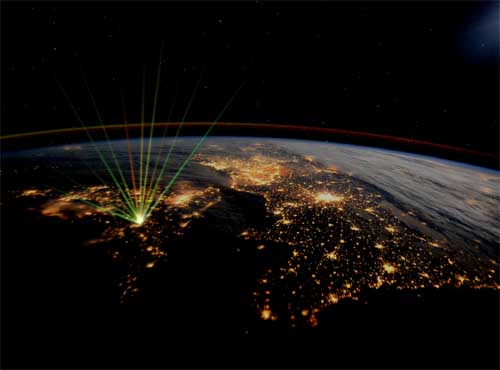 However the massive 6.7 Gigawatts of power consumed by the light show has brought frequent power cuts to nearby offices, schools and shops, and Western Power Distribution has demanded that it be disconnected.

Spokesperson Tifanni Blouse told Spoofflé they had no intention of removing the lights and were preparing to barricade Acorn Crescent. ‘Why the hell should we?’ she said. ‘The kids they all love it, people are coming from miles and miles around on coach tours and I’m going to be on South West telly tonight!’ Asked about reports of house fires caused by the overheated cabling, she brushed these aside as ‘scaremongering’ by jealous neighbours.

‘Yeah, well, there’s been a little bit of roof scorching, nothing big, but that’s to be expected isn’t it?’