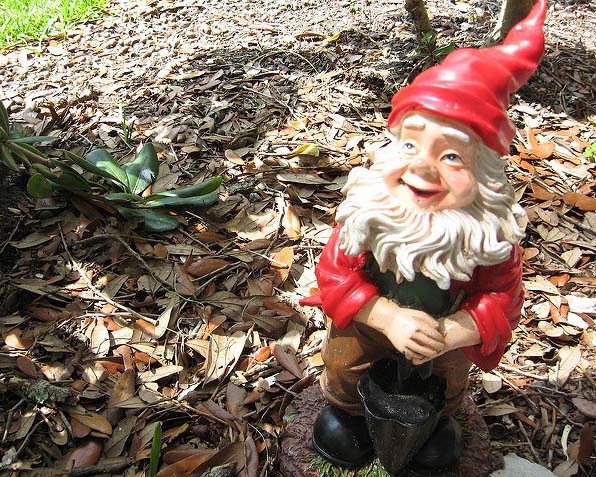 A leaked Defra white paper seen by Spoofflé reveals that the Government is planning to locate and map the profiles of every gnome in the UK.

It is estimated that British gardens contain at least 6 million gnomes, the second highest European gnome density per capita after Germany.

Our social affairs correspondent Dinghu Bahpiliapia spoke to the British Gnome Foundation, whose chairperson Phillipa Dyson expressed delight at the news. ‘It’s really long overdue,’ she said. ‘Many of our gnomes are in a terrible state, with significant numbers suffering broken noses, missing limbs and peeling paint. It’s an appalling level of neglect.’

The 28 page document proposes a fleet of drones which will photograph every UK garden, using AI to scan, recognize and record details of every gnome detected, including their size, possible gender, accessories held such as a fishing rod or a pipe and their overall condition.

Surrey data research firm BigData Plc. will carry out the pilot survey in April 2019. Although they declined to be interviewed, the company later sent us the following statement:

“BigData will be conducting trials of our proprietary ‘G-Nome’ mapping methodology with the aim of predicting the probability of future problems in order that preventative measures can be taken by the gnome owner. ‘G-Nome’ research suggests that if elf problems are diagnosed and treated within 6 months of detection, that individual can expect at least another 25 years of active outdoor life.”

Not everyone is so enthusiastic about G-Nome mapping. ‘Big Brother Watch’ were quick to voice concerns about data security.

Their CEO Barney Crowther told Spoofflé: ‘Look, we’ve seen what happens when Government gets its sticky hands on sensitive information – I mean, look at the debacle over centralised GP patient data a few years back – so why should we trust them now?

And just think of the dangers: Russian hackers, someone sharing your gnome’s highly personal details with commercial firms, USB memory sticks left on the train. My god, is it really worth the risk?’