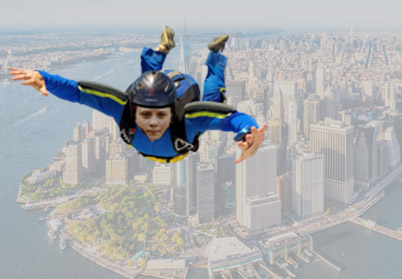 Environment campaigner Greta Thunberg has landed safely in Madrid for the COP25 climate change conference after being launched from a giant catapult in New York’s Central Park.

The teenage activist and pioneer of “flight shame” had appealed for help in travelling to Spain without releasing a single gram of carbon dioxide. Her original plan had been to jog the 3,580 miles over the Atlantic, having discovered that she could walk on water after falling overboard during her recent trip to the USA on a zero carbon yacht.

“But the walking on the water is being too long,” she told us. For a while it seemed that she would miss the conference but then last Friday a sustainable rubber farmer from Peru offered Greta the 38 miles of industrial grade elastic bands needed to power the massive catapult which he delivered by electric truck.

We understand that the machine was constructed over the weekend from recycled scrap cars by several hundred Girl Scouts who shepherded a team of 600 goats across Central Park to draw back the elastic.

Greta turned down Donald Trump’s Saturday night tweet in which he asked to cut the elastic and the deed was carried out by Jane Fonda, shortly after arriving from Los Angeles aboard a solar-power glider sponsored by electric car billionaire Elton Husk.