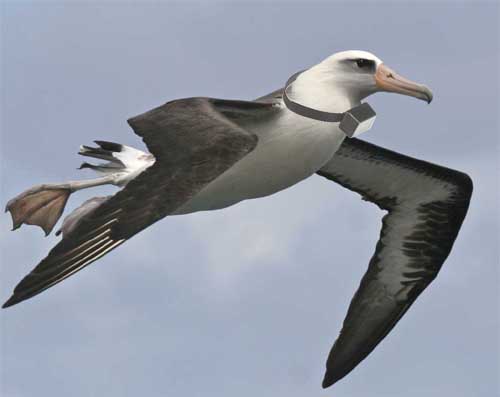 The seven man crew of a Chilean fishing vessel were rescued on Thursday night after abandoning ship in the vast southern Indian ocean.

The 56 ton Evita had been fishing illegally for the valuable Patagonian toothfish when both her engines seized and the fresh water tank inexplicably ran dry. Drifting for three weeks at the mercy of the ocean currents and with no drinking water on board, the vessel was forced to make a May Day call.

The captain claims that the problems started a few days after the chef killed a circling Albatross with an air rifle. The bird was part of a French experimental project to locate illegal fishing boats and was fitted with a radio transmitter.