Home
|
Life/Environment
|
Larry sacked as new cat takes over at No.10 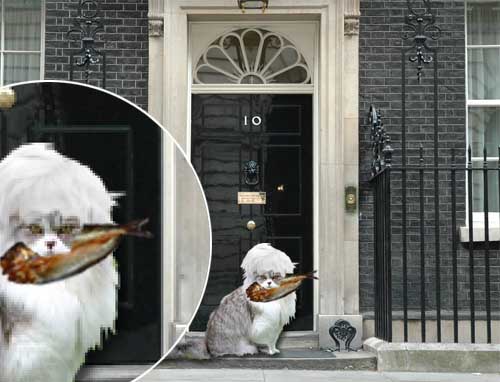 The bloody purge continued at Downing Street today as Larry the cat, official ‘mouser’ for the past eight years, was seen leaving by a rear flap carrying a small bundle of possessions wrapped in a red spotted handkerchief.

Shortly afterwards, Prime Minister Boris Johnson’s cat Phaedra appeared at the front door with what appeared to be a half-eaten kipper in its mouth.

Cook Beryl Stirrup told us: “It was so sad, we was all in tears we was. Even Larry had a cry, the vicious little sod.”