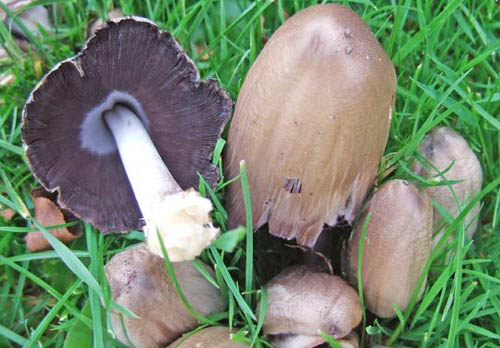 39 year old Jack Transom was found guilty yesterday for the third time of ‘the illicit foraging and taking of endangered mushrooms’ from Regents Park.

Dr Transom, a political science lecturer at the LSE, was sentenced to six months in prison and fined £800. Before appearing in court, he told Spoofflé: ‘I only picked two little inkcaps for my dinner then suddenly this black Hummer came racing across the park, half a dozen enormous blokes in full riot gear and balaclavas leaped out and just jumped on me. I don’t remember much after the first stun grenade.’

PC Alex Chanterelle from the Royal Parks Operational Command Unit of the Metropolitan Police defended the actions of his team, referred to locally as the ‘Fun Guys’. He told our crime correspondent Maurice Locke: ‘Mushroom theft is a very serious offence and I am extremely pleased to see justice served today.’

Asked whether it had really been necessary to Taser Dr Transom before cutting his clothes off and handcuffing him, the officer replied: ‘He was arguing.’