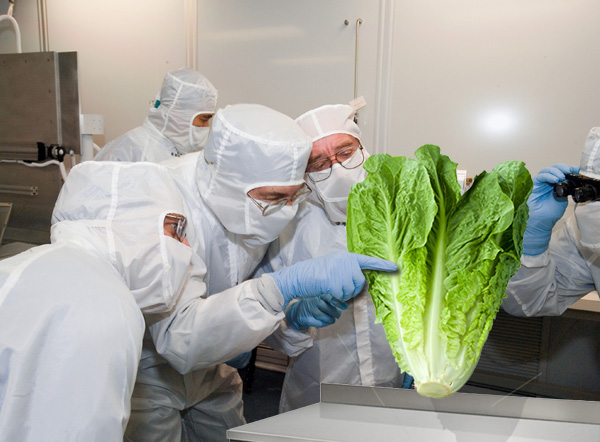 The 1kg Romaine lettuces were part of a consignment of vegetables brought back on the Soyuz capsule which landed last month on the steppes of Kazakhstan in central Asia.

Chief NASA scientist Chuck Strasnick III spoke to Spoofflé last night by Skype: “This is crazy,” he said. “Everything in our universe has mass, even something as miniscule as a lettuce, or even a president’s brain, but for some reason these bad boys are defying gravity and that just can’t happen!”

We see that Donald Trump tweeted at 3.03am this morning: “Know why these lettices float? SIMPLE!! They got used to it in space! Everythings gotta memmory! WEAK scientists spreading fake news. SAD!”