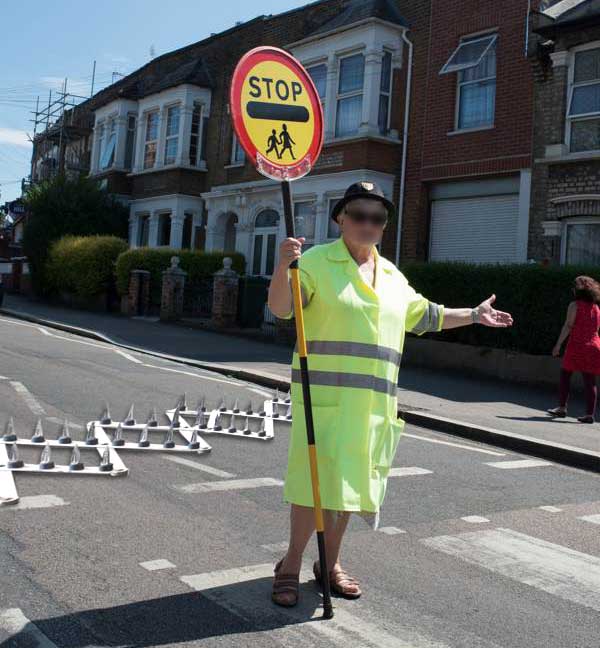 A Dorset school crossing guard has become so frustrated at drivers ignoring her lollipop sign that she uses her own spiked ‘stinger’ to better protect the children.

Miriam Routledge, 61, bought the ex-police device on eBay for £55 which she reckons was a bargain.

‘They used to coming roaring up to the crossing in their fancy BMWs and their blooming great Range Rovers,’ she said. ‘Used to scare the daylights out of me they did, hooting and snarling.’ Miriam carries the stinger to work in her shopping trolley and sets it up outside the school between 8.45 and 8.59 every morning.

‘The children do love it,’ she says. ‘Now they can cross nice and safely.’ We asked her if any drivers had become angry at her traffic calming ploy. ‘At the start, yes, when they thought it was a dummy one. Then they found out it wasn’t so they didn’t try that again.’