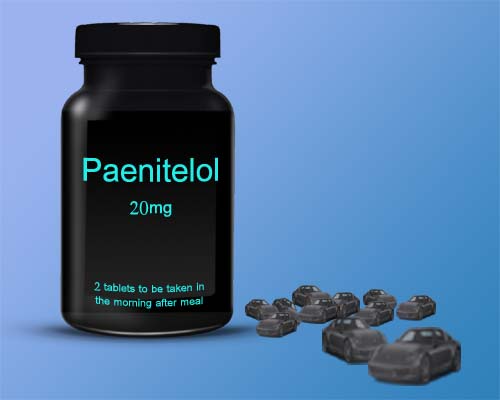 The six year long field trial of Paenitelol, the so called ‘morning after’ pill for men, has been terminated after the UK manufacturer GSD Ltd. concluded that the results had been a ‘total failure’.

Researchers initially thought the lack of success was due to the pill size or shape and last year the design was significantly modified.

GSD’s Director of Research Dr Chloe Stapleton told Spoofflé: ‘Quite a few men in the trial didn’t like the little pink tablet so we changed the mould to create a matt black pill in the shape of a Porsche Carerra. Men did like it more and assured us they had taken it as directed but unfortunately the outcome was no better. Our team had such high hopes for this new drug but they’re left wondering exactly what went wrong. I think that’s the worst part, we still have no idea why it isn’t working.’

Spoofflé contacted some of the trial participants and Jay Rachman, a 34 year old painter and father of eight from Bristol, was typical in his experiences of taking Paenitelol.

He told us: ‘Yeah, I took them for three years and they’re total rubbish. I’m glad they’ve stopped them too, ‘cos there’s a lot of blokes like me who like really, really trusted them and that’s not fair is it?’