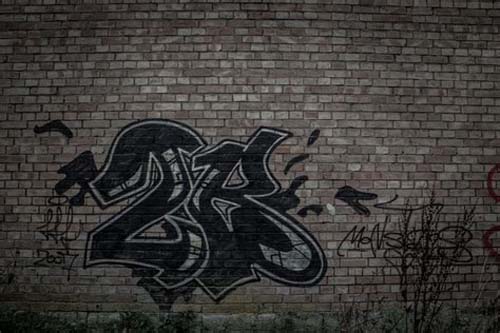 The writing may be on the wall for graffiti artists after ICJ Paints announce a revolutionary exterior protective coating called ‘Repel-XL’.

It is estimated that graffiti removal costs the UK £300 million annually according to the company’s Dutch Marketing Manager Hans Dryer.

‘Repel-XL is being like a clear coating, like it is varnish,’ he said. ‘You are painting it on the walls or whatever she is being that is needing the protection. She is dry within one hours, so it is being quick for the time saving.’

Hans explained that the coating contains a proprietary cocktail of organic sulphides which react violently to the presence of volatile hydrocarbons such as propane and isobutane usually found in aerosol paints. The resulting chemical process releases large and sudden volumes of hydrogen sulphide, the classical ‘putrid stink’ once beloved of schoolboys.

‘The graffiti people when they are doing the spraying of the cans,’ said Hans, ‘are getting the horrid stinking into their noses and saying to each other in their English graffiti talk: “Sod this bro, I’m off.”