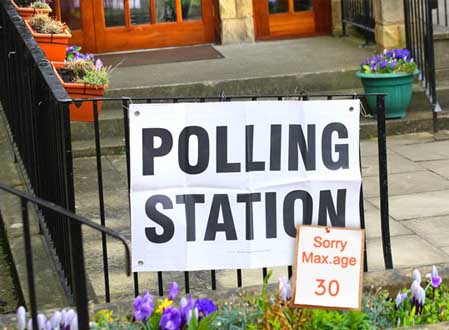 Interviewed on the Channel 4 current affairs programme ‘Right on’, sociologist-turned-rapper U-zi-Storme said he thought people over 30 were ‘far too out of touch’ with the real world to be trusted at the ballot box.

The 21 year old singer told host Caitlan Frost: ‘Look, these people have had their youth, now they’re probably shacked up with a partner and half a dozen kids and they’ve no idea what’s going down on the street. They’re losing 24 billion brain cells every day and what have they got left? Thirty years? Maybe forty, if they stay in bed.’

Viewers inundated the Channel 4 switchboard with telephone complaints about the comments and the station’s web site crashed shortly after 9 o’clock.

Before the interview ended, U-zi-Storme added to the furore by proposing that the voting age also be lowered to 10.

‘Don’t you think those kids should be controlling their own future?’ he said. ‘I’d rather a smart kid of 10 decided whether we still need a nuclear deterrent than some old fossil of 35 who can’t even text with both thumbs.’