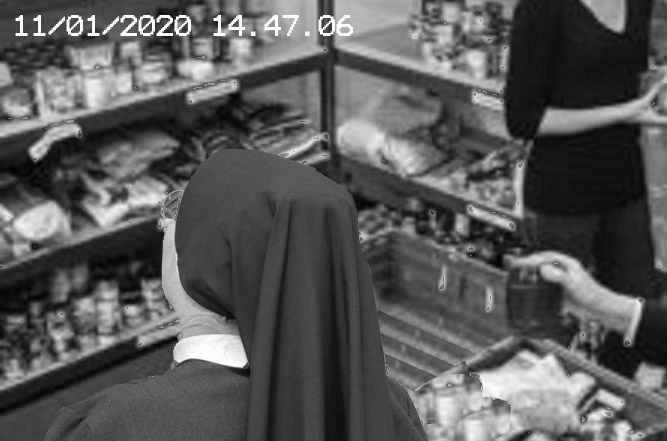 Shopkeepers in the seaside fishing town of Hastings have stepped up security after a popular food bank was robbed at gunpoint last Saturday afternoon.

“I was so scared,” she said, “one of them was about six foot three, waving a nasty looking gun and shouting that she ‘only wanted them HP, none of that other crap’.”

Hastings police responded rapidly, retrieving a size 16 boot and a pink water pistol from a nearby alleyway. Two nuns from the Bexhill convent ‘Sisters of the Veiled Threat’ are being questioned.

When our correspondent finally spoke to Mother Superior Bill Siggs by telephone she said: “Watch what you write sonny or I’ll send someone round to ‘ave a little word.”