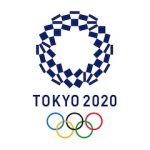 The International Olympic Committee (IOC) today confirmed the inclusion for the first time of Pensioners’ events in the Paris 2024 Olympics.

Speaking outside IOC headquarters in Lausanne, Honorary President Jean Pierre Moutard welcomed the wider scope of future Olympics. “This is a very exciting day for sport and for old people,” he said. “The idea that at seventy or eighty you may no longer compete in sport is pure nonsense.”

An IOC press release listed 22 new Pensioner events, with a minimum entry age of 75. These included ‘Throwing the Bus Pass‘, ‘Mini–Curling with Steradent Tablets‘ and the ‘10 metre toilet dash.’

Spoofflé Sports Editor Kay Smiley spoke to pensioners leaving a Bingo hall in Bristol this lunchtime. Florence Cruddace (99) was enthusiastic when she learned of the news. “Oooh that’s a lovely idea,” she said. “Is there one for ‘Jumping the queue‘? I’d be really good at that, I can tell you!” Kay asked when she would be starting her training schedule and sending off her entry form, to which Florence replied “Training for what dear?”

Age Concern later Tweeted: ‘Saddened by Pensioner Games announcement from IOC today. Patronising and idiotic scheme. Must be stopped before someone gets hurt! Oldies should be treasured NOT measured!’