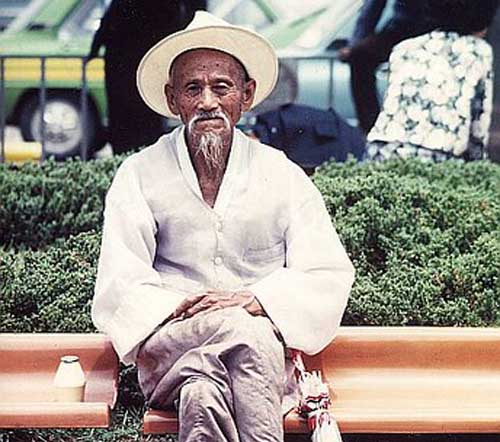 When Won Yeong-Cheol arrived in the UK under a shipment of bananas, he knew exactly what to tell immigration authorities: “I am 14 years old and have been trafficked.”

Won, then in his late eighties with seven children and fifteen grandchildren of his own, was treated as a child and put in foster care with a local Birmingham family, as required under government rules to support victims of trafficking and slavery.

It was only after a full two weeks living with Miriam Arnold and husband Derek that they became suspicious and reported him to the authorities. “We just believed him really, like you do,” said Miriam. “But then Derek found a full set of false teeth and a tube of Germoloids cream in the bathroom and that didn’t seem quite right.”

Birmingham immigration department unfortunately refused our request for an interview, instead sending us the following statement:

“Our highly trained officers have only 24 hours in which to assess the likely age of individuals, before those believed to be under 16 must be placed in foster care. When interviewed, Mr Yeong-Cheol was carrying a set of Junior Lego and a skipping rope and asked for a strawberry ice cream. Our expert staff therefore had no reason to suspect that he was 87 rather than 14.”