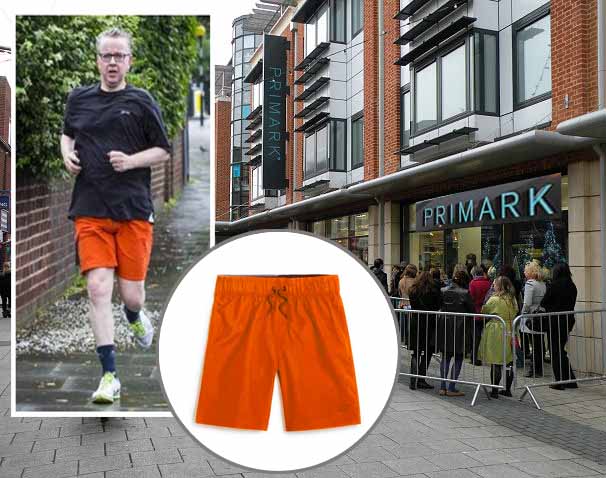 Shoppers queued through last night outside Primark stores, hoping to bag a pair of the stylish shorts worn by aspiring Prime Minister Michael Gove on his 300 yard morning runs.

The item, listed on the Primark web site as an ‘Older Boy Red Swim Short’, has rapidly become a social media sensation, much to the bewilderment of Primark management.

Head of Men’s Lifestyle Bill Cunkle admits he didn’t see the demand coming. “Who would have thought it?” he said. “We were going to discontinue them because customers said they were dull and dated, next minute it’s madness! I’ve got 150,000 pairs on their way from Taiwan.”

Spoofflé interviewed frustrated shoppers outside Primark’s Cambridge store where Catherine Plenty, 49, was waiting. We asked her why she wanted a pair.

“Well, that Mr Gove’s a trend-setter isn’t he?” she said. “He turns me on with those little white legs paddling down the street so I thought ‘my Bob would look hot in some of those’.”