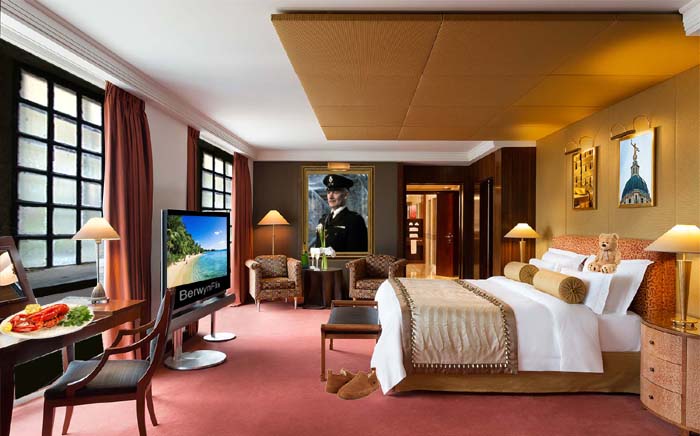 A 43 year old prisoner at HMP Berwyn in North Wales is celebrating today after being awarded £14,120 compensation for the late delivery of an item he had ordered from ‘In-Crowd’, the prison’s in-house catalogue.

Bernie Siggs, serving three years for credit card fraud, had saved the £250 pocket money he receives each week as a guest at the facility, recently rated as ‘Highly recommended’ on TripAdvisor. Early in June Mr Siggs ordered a DJI Matrice professional drone (list price £3,999) but six weeks later the machine had still not arrived.

“It was doing my head in,’ he told us via Skype call from his lakeside suite. ‘Me and the lads we was all set up to launch our new drug delivery service but now that’s all buggered up. I can’t sleep, I’m off me food and the Doc reckoned I’d got that PSDT so I put in for damages and blow me, they coughed up. It’s better than the Social!’

This is not the first time that a guest at HMP Berwyn, a joint venture between the Home Office and the Savoy Hotel group, has had his stay ruined by poor service. Last year 34-year-old Kit Bagge was awarded £7,000 in damages for ‘avoidable worry’ and his sentence was halved when the 3-D printer he had ordered arrived two months late.