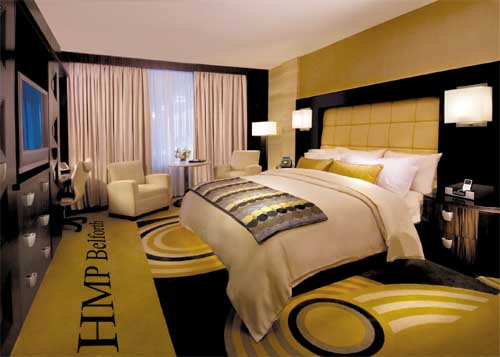 An inmate at Belforth Prison, Oxfordshire, is suing the Home Office after claiming that prison officers are refusing to address him as ‘Mr’.

Reginald Noakes, 43, is half-way through an 18 year sentence for armed robbery and has become increasingly frustrated by the lack of respect shown to him by warders at the jail. He spoke by Skype call last night to Spooffle‘s Crime Correspondent Maurice Locke.

‘Well, fings is a lot better in ‘ere than they was,’ he said. ‘Got all the gear now – me flat screen TV, Netflix, nice flushing bog, proper Tempur mattress and all that crap but it’s the bleedin’ staff what needs replacing. I mean, we’re ‘umans too.’

Reginald says that on at least seven occasions when prison staff have brought him breakfast in bed, they have entered his room without knocking and called him ‘Noakesy’. ‘It ain’t on,’ he said. ‘I told ‘em, I’m Mr bloody Noakes to you.’

Maurice Locke found other residents at Belforth claiming to have suffered similar levels of disrespect. Career fraudster Alfie Chandler complained that prison staff had deliberately ironed front creases in his Levi’s to make him look silly.

‘I know their game, crafty buggers,’ he told us. ‘I mean, I know we’re all banged up for a bit of naughty but there ain’t no excuse for treating us like animals is there?’