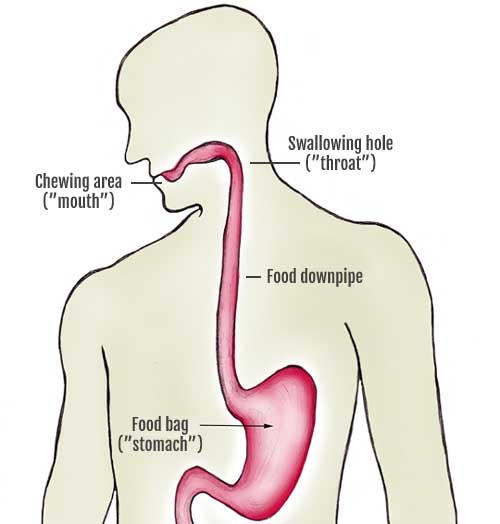 Official guidance on how many times food should be chewed before swallowing is to be introduced by Secretary of State for Health Matt Hancock in a £27 million health drive.

Speaking to our Health Editor Dr Cressida Thompson-Bone, he said: “Apparently, people aren’t masticating enough. Our research shows a direct link between insufficient chewing and a range of unpleasant disorders, including insomnia, gout and excessive flatulance.”

Mr Hancock cited his belief that most people are still unclear about what happens when we put things in our mouths. “I must admit that I hadn’t realised this but somehow food gets mashed up by our teeth,” he explained, “before passing through a little hole at the back of the neck and down a sort of pipe into the food bag, or as doctors call it, the ‘stomach’.”

The advice comes in the same week that ministers called for people to sleep at least eight hours every night.

The suggested minimum amount of chewing will vary according to age group and will come with practical advice on how to eat healthily. “Ten good firm chews on each side, before swallowing any food,” advised Mr Hancock, a keen advocate of adopting IT across the health service.

“The good news is that I am today announcing a new mobile app (“ChewData”) that will log people’s chewing rate and alert them, and of course their doctor, if they fall below the recommended minimum.”

Big Brother Watch has criticised the move, in particular the fact that the data (including full name, address, age and number of teeth) will be shared with both Amazon and Google, major partners in the initiative.

A Google spokeswoman did, however, provide reassurance on confidentiality. “We take people’s privacy extremely seriously,” said Tamsin Montefiore, “which is why we are anonymising their number of teeth.”