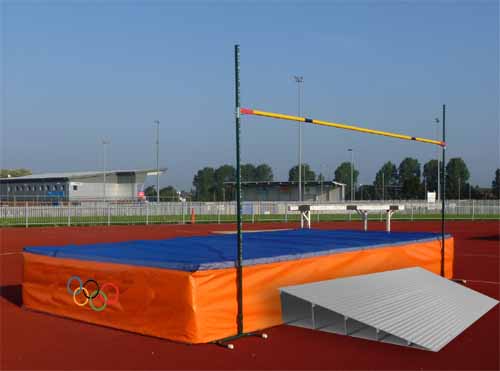 A social mobility think tank has accused the International Olympic Committee of ‘pursuing an elitist agenda by deliberately screening competitors.’

The Boden Trust’s senior analyst Melanie Fawcett described their findings to our Sports editor Kay Smiley. ‘Quite simply, we were shocked at the level of discrimination the IOC get away with. Possibly the most blatant statistic was in the men’s high jump where 99% of the Great Britain team at Rio in 2016 were over six feet tall and that just can’t be fair can it?’

The Boden Trust is calling for the use of ramps to enable shorter competitors to reach the Olympic qualifying standard. ‘The indications are very promising,’ said Melanie. ‘Just last week a five foot two greengrocer from Hull met the qualifying bar height with the aid of a ramp and we know of at least two female shot putt competitors who easily reached the Olympic minimum using melons.’

Ms Fawcett says that she is finding some resistance at the IOC to adopting the Trust’s recommendations but she is adamant that change is coming. ‘I can see a better world in which any able bodied human being is able to compete on level terms with any other Olympic athlete.’