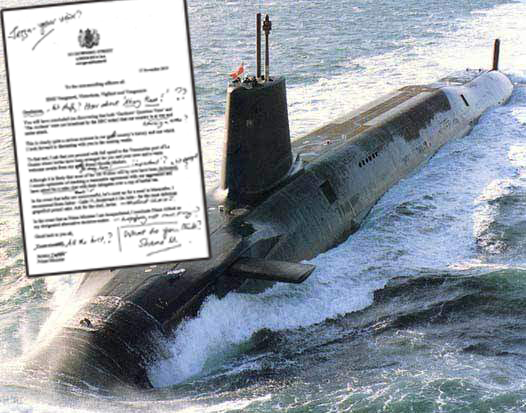 There was widespread embarrassment at Labour party HQ last night after the Labour leader left his briefcase in a Blackpool cafe.

According to cafe owner Stan Ramsbotham, the case contained a ‘Practical guide to growing prize-winning marrows’, a half-eaten butternut squash sandwich, a broken hearing aid and a draft letter addressed to the commanders of Britain’s Trident-armed nuclear submarines.

Spoofflé has received a copy of the so-called ‘Letter of last resort‘ in which the Labour leader suggests that submarine commanders rendezvous with him at a restaurant in Venezuela.

The first act for an incoming Prime Minister is to write, by hand, instructions to our submarine captains which are only to be opened in the event of nuclear war. The options facing the commanders are to fire their weapons, do nothing, surrender their vessel or to use their own judgement.

The draft letter appears to have been edited by Shane Mildew, Mr Corbyn’s closest advisor. 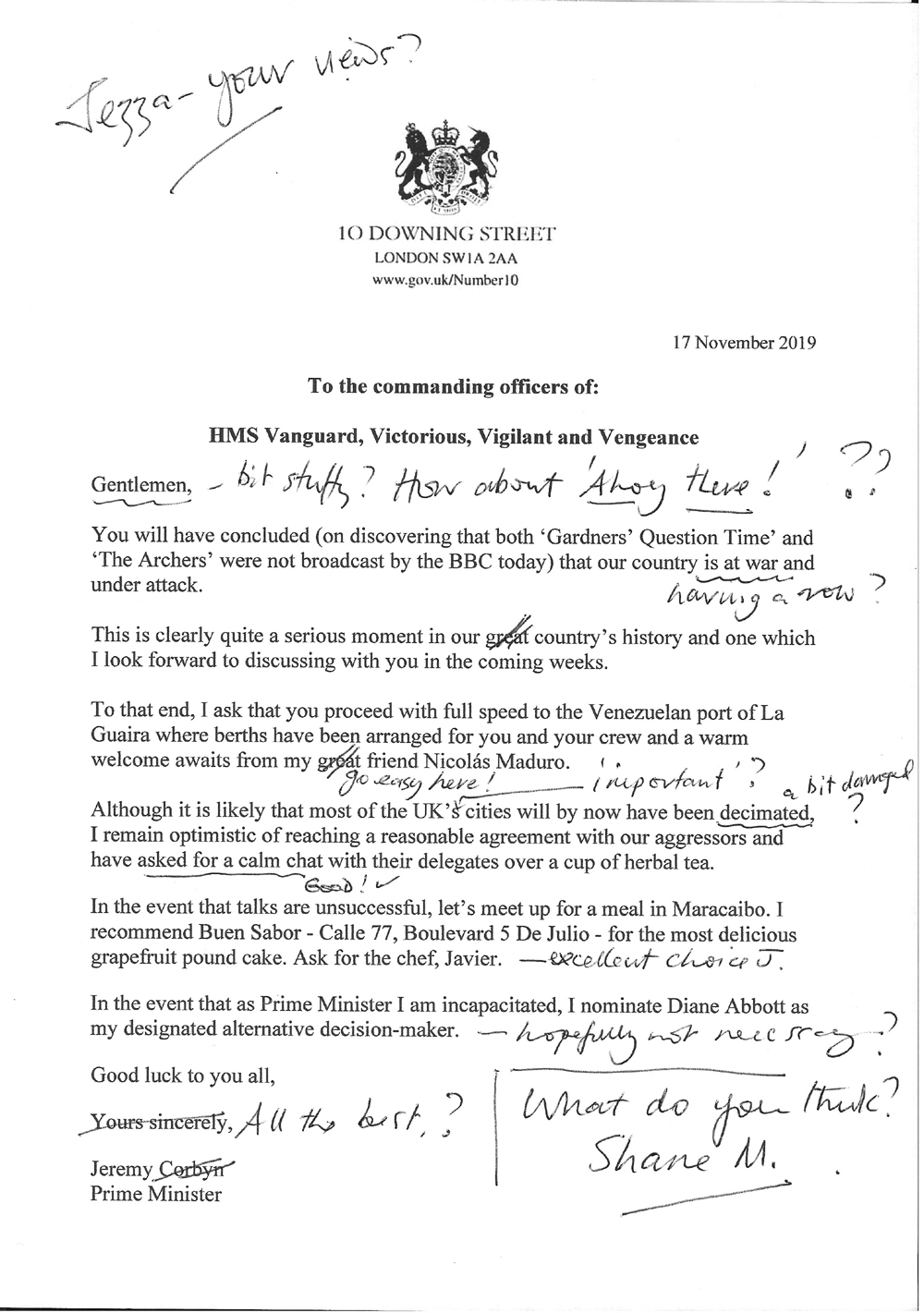