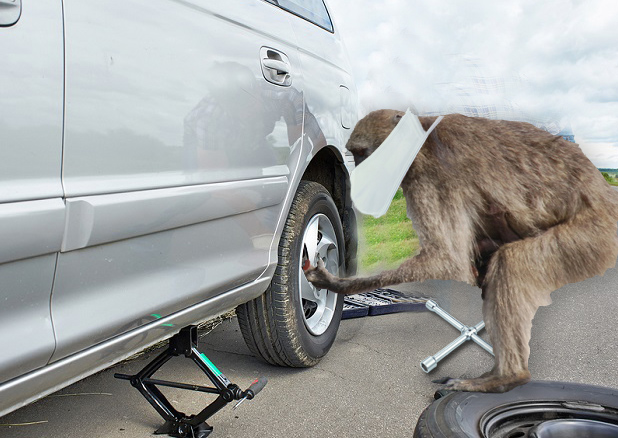 A family visiting Knowsley safari park returned to their car on Sunday afternoon to find a family of baboons busy dismantling it, using tools they had taken from the boot.

“Well, obviously you expect funny stuff like snapping the wipers and writing their name on the windows but the little buggers had half the car apart!”

The group of baboons appeared well-organised and made no attempt to run off when Ron shouted at them.

“The biggest one was taking off the last wheel and his mates were sitting inside unscrewing the radio using my bloody cordless screwdriver.”

The family stayed back, keen to follow social distancing rules, and called park security for assistance. “I didn’t like the look of him, the biggun,” said Ron. “I actually threw a stick at him but he just gave me an evil look, and a finger.”