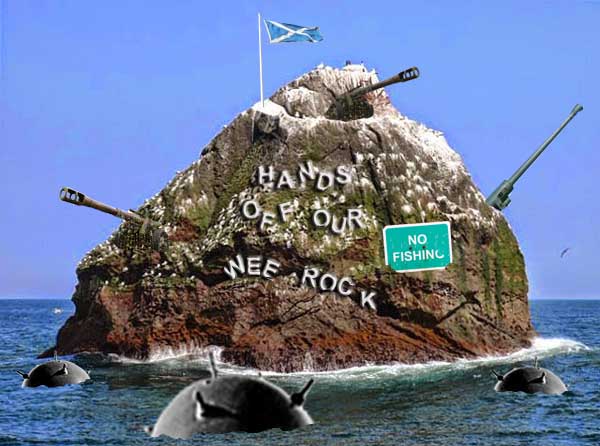 The 30 metre wide, uninhabited islet of Rockall in the North Atlantic has recently been reinforced to deter Irish boats from fishing within a disputed 12 mile radius.

“Och aye, it’s a heck o’ a problem,” he told Spoofflé. “Up to now all me and the lads could do was lob a few hot tatties at them but that dis’na put the wee paddies off.”

Mr McGill hopes the triple 70mm gun emplacements and a network of tethered mines will do the trick.

“Kippers are ma’ livelihood,” he said. “If I canna catch a ton o’ the wee smokies every trip I may as well sell the boat take up haggis farming.”