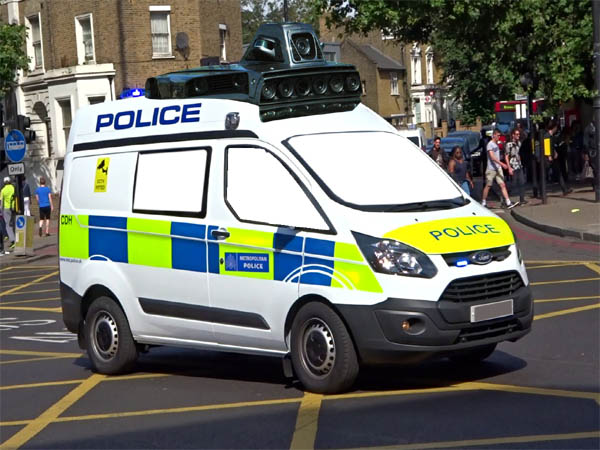 The papers carried news this week of Motorola’s application to patent a driverless police vehicle in which suspects could be held in custody, face a remote magistrate’s court and even pay a fine. The idea is to save officers’ time and effort.

However, Spoofflé (as keen readers would by now expect) has gone far deeper and obtained from a US Government mole a draft copy of the 380 page operational specifications for the vehicle, codenamed ‘Autocop 1000’.

It seems that the vehicle would be summoned by a police officer via an app and when the van arrives the arrested customer would be welcomed into its comfy interior. Artist’s illustrations suggest that the fittings will include a leather sofa, drinks cabinet, flat screen TV with Netflix and a self-flushing WC.

The autonomous vehicle also appears capable of providing a degree of practical backup to officers at the scene of an incident. One chapter entitled ‘Intelligent intervention heuristics’ describes the vehicle being able to rock back and forth on its rear wheels while a Bose speaker behind the radiator grill booms: ‘Allo allo allo – what ‘ave we ‘ere then?’

The vehicles are not expected to be available to British police forces until at least 2025.