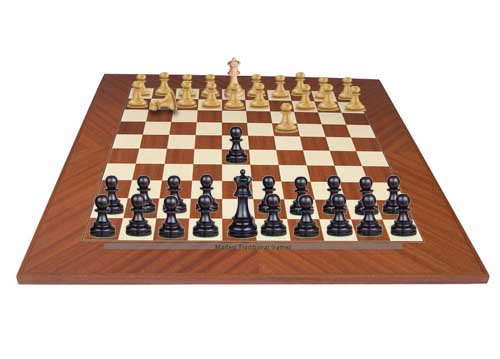 Waddingtons has launched a far simpler game of chess, aimed at people who voted ‘Leave’ in the 2016 EU referendum.

The new game retains the traditional chequered board but is played with just a Queen and nineteen pawns.

The company’s Marketing Manager Emily Trentham explained the background to the new product.

‘Well, what our research has shown is that the typical ‘Leave’ voter lives well outside London, possibly somewhere awful like Hull or Bournemouth and is often very old, at least fifty. He or she is usually only educated to Primary school level and, because of these handicaps, has difficulty understanding complex concepts, such as the different moves between a knight and a bishop. So our bright young team has solved this problem for them by letting them think they’re actually playing chess, when they’re not!’

Spoofflé understands that other new games are in the pipeline from the company and also aimed at ‘Leavers’, including Snap! containing only two different pictures, Scrabble with the letters already made into short words and Snakes & Ladders but without snakes.