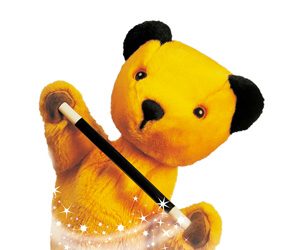 A source close to Jeremy Corbyn reveals that the Labour leader plans a dramatic break with tradition for the party’s September conference in Liverpool.

Corbyn’s advisors, concerned that his convoluted speeches are often deliberately misinterpreted by the right wing press, have convinced him that this year Sooty, not he, should present the crucial keynote speech.

We managed to track down the source by telephone and were able to ask ‘Seamus’ (the obviously false name he insisted on using) how such an arrangement could possibly work since Sooty can only whisper in his handler’s ear.

“No problem,” said ‘Seamus’. “Sooty tells Jeremy what he wants him say and then Jeremy repeats it.”

Seamus gave us an example. “Jeremy might listen carefully then say ‘What’s that Sooty, you think now is the time for a revolution involving a provisional coalition between the downtrodden proletariat and the petty bourgeoisie, rebelling against a failing capitalism that is only superficially united by the greed of the few?’ and Sooty would nod. Or Jeremy might looked surprised and say “Oh Sooty, so you think we should nationalise the railways, Royal Mail, the energy companies and the soft toy manufacturers?”

The Labour party are clearly wedded to the plan. “It’s bloody perfect,” added ‘Seamus’. “Whatever proposals Sooty comes out with, Jeremy will be able to later say ‘I was involved but I didn’t say anything.’ He’ll also be able to close the conference with Labour’s new call to action: ‘Izzy wizzy, let’s get busy!”