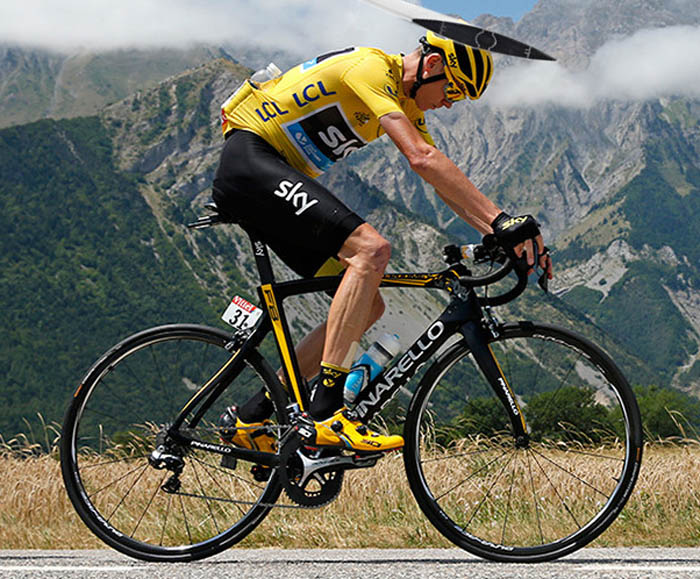 An unusual type of helmet which appeared on the heads of a handful of cyclists in the year’s Tour de France has been banned from all international competitions.

Developed in China, the ‘Superlift’ is a small aerofoil wing that attaches to the top of a standard cycling helmet and, depending on speed, can generate a lift of up to 22kg. This effectively reduces the overall weight of the cyclist and machine by a significant amount, enough, claim other competitors, to give the wearer an unfair speed and effort advantage.

Top UK cyclist Ricky Sadler was in doubt that it is cheating. ‘Course it is. A few years back it was electric motors inside bike frames, then they was having full body blood transfusions from teenagers to boost their oxygen and now this. Where’s it going end, eh?’