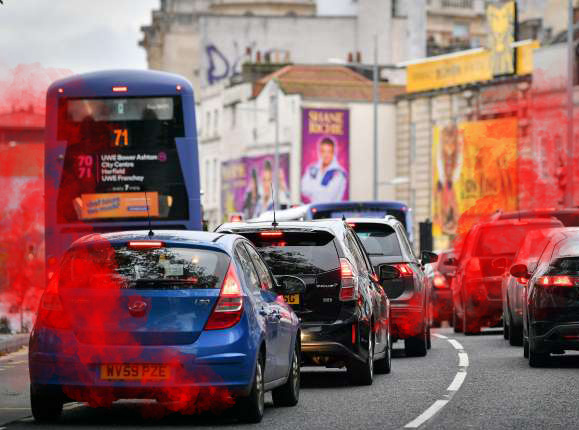 As the illegal use of red diesel on public roads has soared in the past five years, HMRC estimate they are losing over £1.5 Billion annually in unpaid duty.

Traditionally, the only way inspectors could catch duty-dodgers was by carrying out spot inspections for traces in the tank of the tell-tale red fuel. Most culprits get away with it but their days are numbered: from January 2021, all red diesel will include a red smoke generating additive, peroxide of crimsonate (O2CmO4.)

Trials in London started last week and have been hailed as a stunning success, with the treated vehicles being instantly identifiable from their substantial red exhaust plumes.

Our science correspondent Dr Oliver Flimwell asked a spokesman from the Department for Transport if they were aware just how poisonous peroxide of crimsonate actually is, but they declined to comment.

“This stuff is simply evil,” observed Oliver. “Breathing just one part per trillion is enough to leave pedestrians with a deep red complexion for several weeks.”