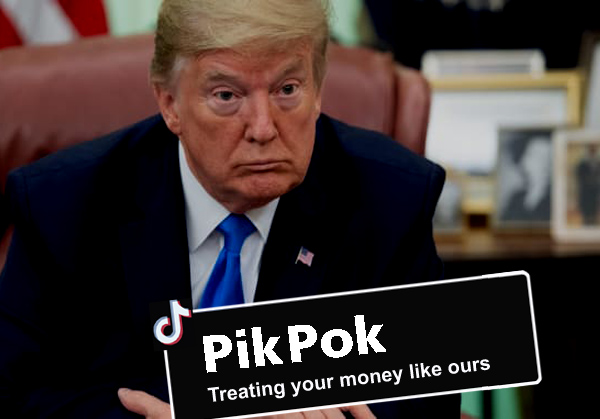 President Trump has tweeted that he intends to ban the popular personal finance app PikPok, whose tag line is “Treating your money like ours”.

Federal officials are concerned that the app, with over 70 million active users in America, could be used to collect the personal data of Americans on behalf of the Chinese government.

However, on Tuesday Randy got a shock when he discovered that his PikPok bank account was empty. “Not a goddam dime left!” he said. “They just, like, reached into my account and took it while I was asleep. I feel kinda violated, I mean, I trusted those guys.”

PikPok has denied accusations that it is controlled by or shares data with the Chinese government.