We frequently receive leaked documents but this morning something rather special arrived from an anonymous source: a copy of the letter (below) from Japan’s Prime Minister Shinzo Abe, nominating Donald Trump for this year’s Nobel Peace Prize, together with his reasons.

Mr Abe appears to have narrowed down his selection to a shortlist of four global figures who he believes have earned the honour, although President Trump is clearly his outstanding favourite. 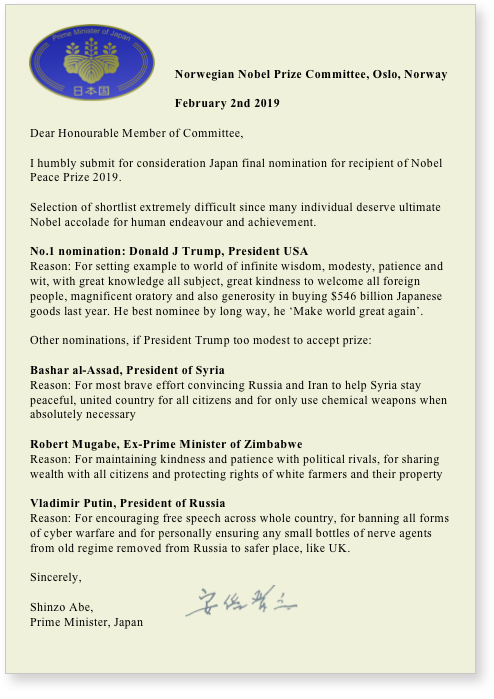